One Small Step for Man, One Giant Leap for Rat Kind–With the Hind Legs to Prove It

By Global Wildlife Conservation on May 31, 2018

It is in the everyday that we uncover miracles. And it is in Baja California that we rediscover lost species. When researchers Scott Tremor and Sula Vanderplank from the San Diego Natural History Museum (the Nat) set out for the field to conduct a routine monitoring of small mammals in the area, they did so without expectation. To their amazement, they stumbled upon not one, but four San Quintin Kangaroo Rats (Dipodomys gravipes).

While listed as endangered by the Mexican government in 1995, the elusive species was last seen in 1986. Long held as an example of modern extinction brought on by agriculture, the San Quintin Kangaroo Rat will now eclipse its shadowed past with a new incarnation as a harbinger for species recovery.

Measuring roughly five inches in length, with a long tufted tail, the small hero gets its name from a pair of formidable hind legs that can propel the rat a meter into the air. Besides operating as a miniature kangaroo, the San Quintin Kangaroo Rat also exhibits a variety of other endearing behavioral traits. Decidedly unprejudiced, the rat engages in burrow-sharing with other species, such as the North American Deer Mouse, San Diego Pocket Mouse, and the Dulzura Kangaroo Rat. Not only inclusive, but future-minded, with admirable self-restraint, the San Quintin Kangaroo Rat gathers seeds, but rather than gorge, will often bury them outside the burrow or store them in a pantry-like room reserved especially for food. Cute, yes, but their food-related habits also underline the species’ critical role as a seed-dispersal agent, helping to ensure that native plants spread geographically and grow.

As for the species’ leaping adaptation, it allows the mammal to effectively evade (freak out) predators, such as coyotes and foxes. If you saw a small ball of fur launch three feet into the air, wouldn’t you jump, too?

However, foxes and coyotes are not what brought the species to the brink in the first place. No, in this case, strawberries and tomatoes are the culprit. Once numbering in the thousands, the small mammal most likely declined due to large-scale agriculture in the San Quintín area. For years the IUCN Red List of Threatened Species has categorized the species as Critically Endangered (Possibly Extinct), with a further admonition that: “should this species be located, it is likely to be very few in number. Over the past 20 years its habitat has been completely destroyed for agricultural activities, and this species is very specific to these deep agricultural soils.” Evidently, strong doubts were all the San Quintin Kangaroo Rat had going for it.

On the surface, a small, obscure, nigh-forgotten rat, in essence, a beacon of hope and a reminder of what honest science can effect. Not every day brings a promise of victory– most days, conservation work is just what it sounds like: hard work. Hard, often monotonous fieldwork, interspersed with hints and teases of something momentous. Recounting the tale of initial discovery, Scott Tremor, a mammologist for the Nat, said he “knew instantly that we had a different species in hand and we were very excited to return to the museum and compare the measurements with those in the literature of Huey and Best [researchers that had previously studied and documented this animal].”

“All four individuals were trapped at a single location on that first discovery. Since then we have found them in approximately 15 additional locations.” That four animals were found is astounding and gives us tremendous hope for the species’ posterity. However, the Nat Research Associate Sula Vanderplank cautions: “In all other areas the species has taken many nights of trapping to be detected and we suspect that we were only able to detect it initially due to its particularly high density at that one site.” 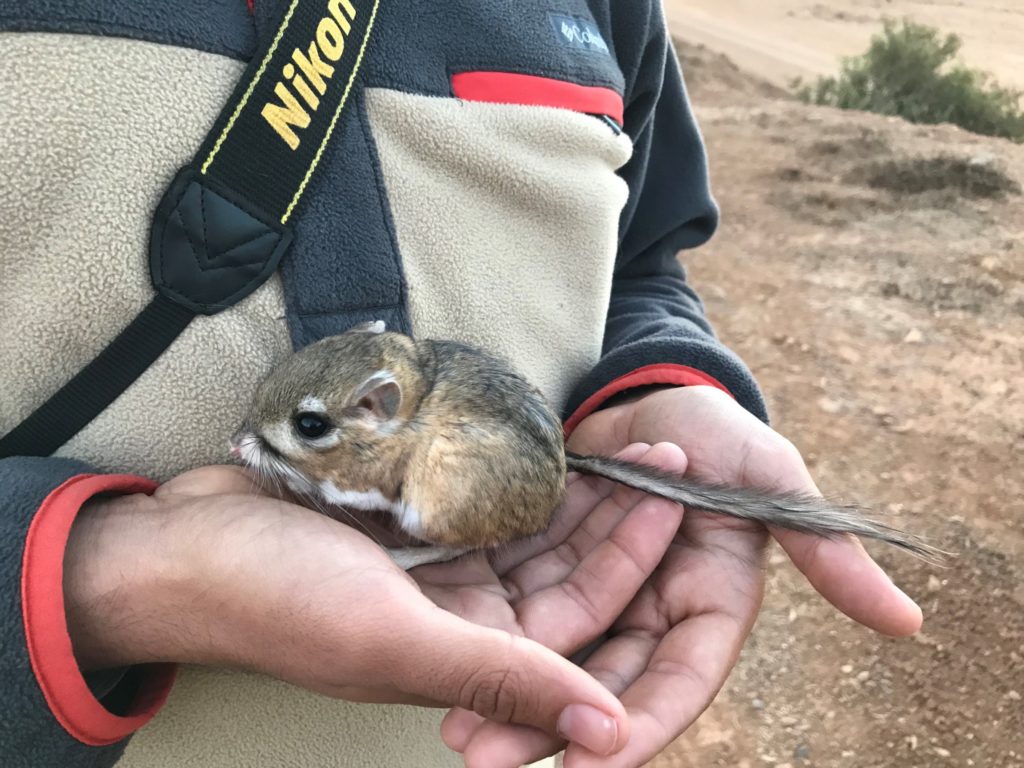 After the first confirmed sighting, the San Quintin Kangaroo Rat has since been found in the Valle Tranquilo Nature Reserve, located south of San Quintin. The reserve is owned and operated by Terra Peninsular, a local nonprofit organization dedicated to conserving the wildlife and ecosystems of Baja California. They have established themselves as stewards of the peninsula and have protected more than 50,000 acres of land and habitat.

Under the aegis of collaboration to prevent extinction, a coalition of scientists, conservationists and academics from the Nat and Terra Peninsular, with support from the University of California Institute for Mexico and the United States (UC MEXUS) and The JiJi Foundation Fund, are joining forces and spearheading the formation of a San Quintín Kangaroo Rat conservation plan already under development. Emphasizing the interdisciplinary and international scope and spirit of the project, the plan will be published in English and Spanish, and will include outreach and educational materials.

Now that it has been rediscovered, the San Quintin Kangaroo Rat joins the rank of two other small mammal species that were recently rediscovered — both by the Nat — on the Baja California Peninsula–the high-elevation California Vole (Microtus californicus huperuthrus) and the Round-tail Ground Squirrel (Xerospermophilus tereticaudus apricus). Stronger together, the rediscovery of the San Quintin Kangaroo Rat and its compatriots will strengthen their public standing and chances of long-term survival.