Galapagos Team Embarks on Search for ‘Most Wanted’ Giant Tortoise

(Update 1.23.20: Due to recent volcanic activity on Fernandina Island, this expedition has been put on hold. We will provide updates as we have them.) In February of 2019, the Galapagos National Park Directorate, Galapagos Conservancy, and Animal Planet’s TV show Extinct or Alive made a remarkable announcement: on an expedition to the Galapagos island of Fernandina they found a giant tortoise on the flank of the volcano, tucked deep inside a shrub complex.

There’s certainly nothing unusual about finding a giant tortoise in the Galapagos, which was once home to up to 300,000 tortoises. But to find a giant tortoise on Fernandina, well, that was extraordinary, says Washington Tapia, a conservation scientist with Galapagos Conservancy and director of the Giant Tortoise Restoration Initiative (GTRI), a collaborative effort with the Galapagos National Park Directorate. 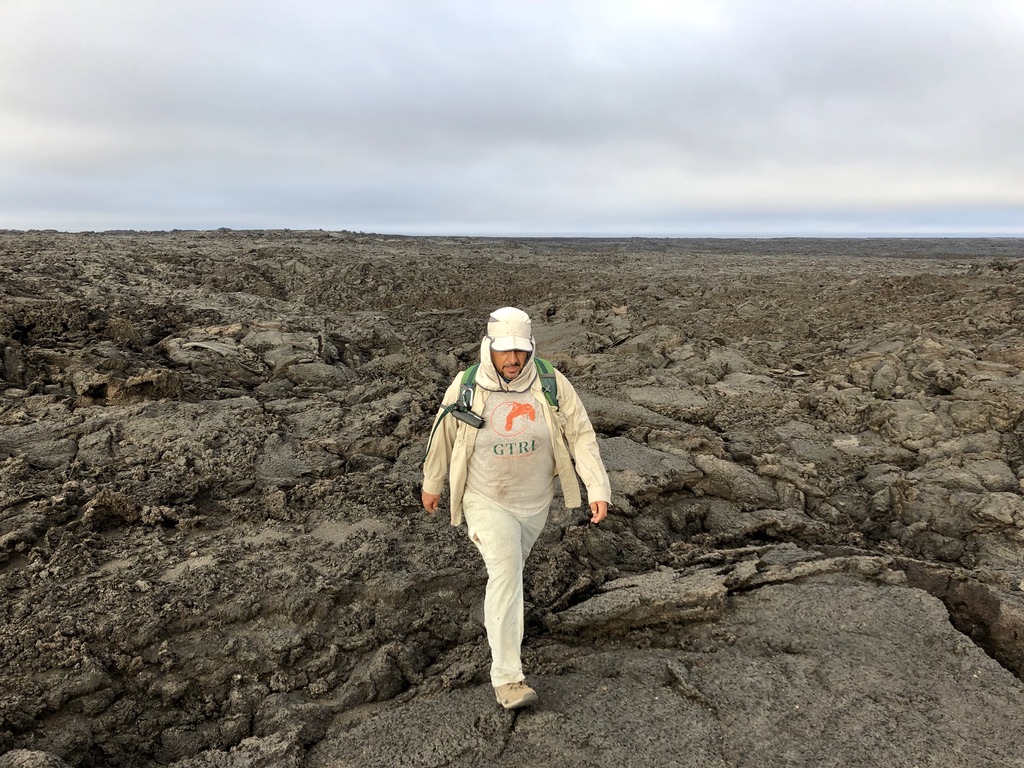 “After we had planned on this expedition for 10 years, it was exhilarating to find a giant tortoise on Fernandina,” Tapia says. “The last—and only—other tortoise verified on the island was in 1906. But how many other tortoises live there, whether they’re the same species as that original animal, and whether they are native to the island continues to remain a mystery. Even with the discovery of the tortoise last year, the island is not giving up its secrets easily.”

The main questions that the GTRI team hopes to answer in the coming months are whether the tortoise they found last year is, in fact, the Critically Endangered Fernandina Galapagos Tortoise (Chelonoidis phantasticus), one of GWC’s most wanted lost species, confirming the rediscovery; or if it is a different tortoise species in the form of an immigrant from another island; and, if there are other individuals on the island, which species they belong to.

While the team awaits the results of tests comparing the genetic lineage of the 2019 tortoise—who now lives at the tortoise breeding center on Santa Cruz Island—to the 1906 tortoise, they’re setting out this week on a grueling expedition involving a ship, a helicopter, a geologically active volcanic island, scorching sunlight, and razor-sharp lava standing in the way between them and prime tortoise habitat.

All Signs Point to Tortoise

Fernandina Island is the youngest, most pristine and least-explored of the Galapagos islands, in part because it is remote and difficult to get ashore. It is also hard to traverse its surface—up to 80 percent of the island is covered in barren lava.

“Most of the island is like a big rubble field,” Tapia says. “It can be really difficult to walk in, and you can plunge into it up to your knees. It can be very unstable and sharp.” 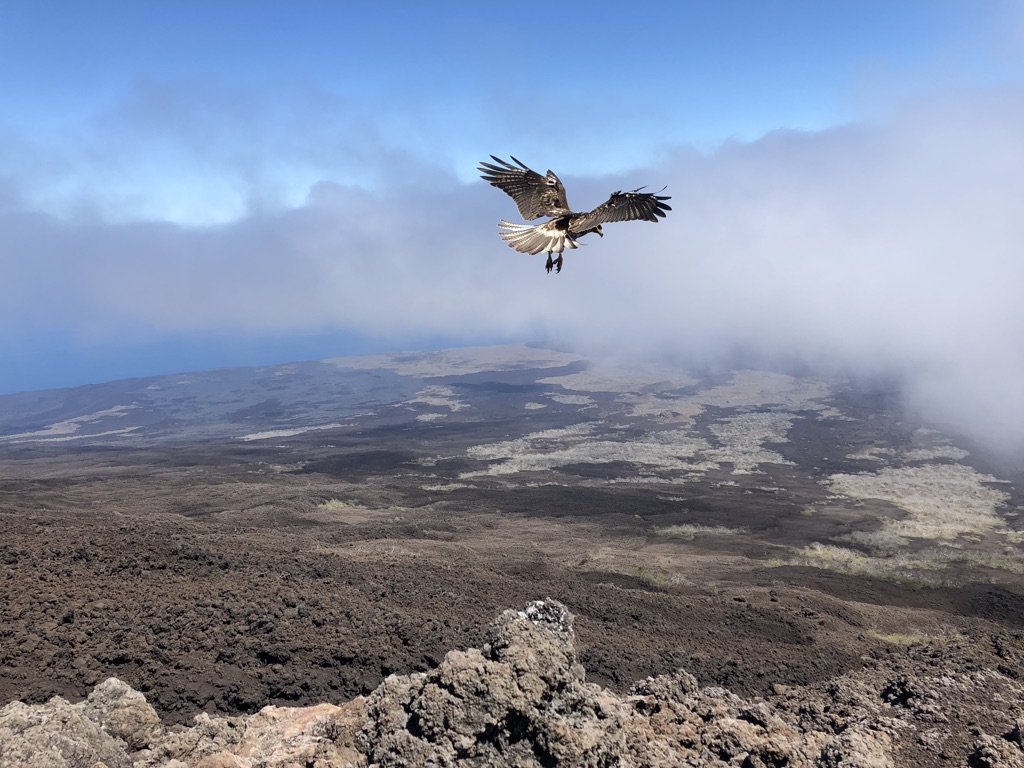 Fernandina Island is the youngest, most pristine and least-explored of the Galapagos islands. (Photo courtesy of Galapagos Conservancy)

Since February, the GTRI has journeyed to Fernandina once more, in November, when their best-laid plans were thwarted by severe weather and they had to cut the trip short before they could get into the areas with vegetation—tortoise habitat. This time, small groups of park guards will head to the island to camp near the remaining, best habitats for the tortoises on the eastern sides of Fernandina and finish the search.

Not only are they optimistic because the area they’ll be exploring is the habitat most likely to shelter giant tortoises, but their hopes are bolstered by more than 50 years of anecdotal evidence that tortoises do, in fact, live there. An expedition in 1964 discovered putative tortoise droppings and a fly-over in 2009 reported sightings from the air of something tortoise-like. Even on the November trip, they found evidence of at least two other tortoises living on the island. One group on this trip will focus on the southwestern side where these fresh tortoise tracks were observed in February (different from the female that was found). 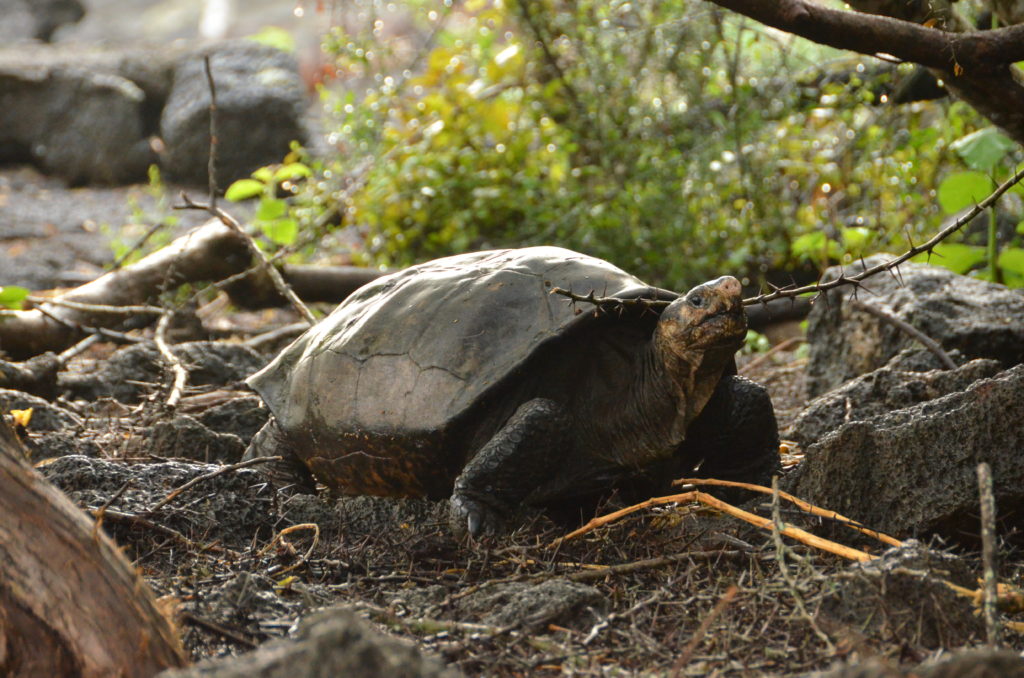 Genetic testing will indicate whether the giant tortoise found in February 2019 was, in fact, a Fernandina Galapagos Tortoise, or if she was a transplant from another island. (Photo courtesy of Galapagos Conservancy)

“The good news is that tortoises leave a lot of signs and those signs are very persistent,” Tapia says. “Their droppings can last two to three years, depending on conditions. And they make beds under bushes at night and scuff up soil in a unique manner. They break and run over plants in a fashion that’s unmistakable. So there’s little question that if there are more tortoises on Fernandina we will find them. What we don’t know is whether these are transplants or if they are unique to this island.”

What happens when a 300-pound tortoise falls in to the ocean? They don’t drop straight to the ocean floor, as it turns out. Instead, they can float or even swim and, in the case of the Galapagos, you get millions of years of genetic evolution, says Dr. Peter Paul van Dijk, field conservation programs director at the Turtle Conservancy and senior associate with GWC.

“It’s very possible that the animal found living on Fernandina last year is an animal that isn’t actually from the Fernandina Galapagos Tortoise lineage,” van Dijk says. “That’s how all of these islands got settled originally. One way or another, sooner or later, some tortoise fell off one island and a current took it to another island. Of course a whole bunch of animals that fall off the islands get swept into the Pacific and are never seen again. But some of the lucky ones bump into another island, make it ashore, and then go crazy evolutionarily, with a whole new set of opportunities for their genetic toolbox.”

Scientists believe that the first tortoises came to the Galapagos several million years ago from the South American coast. Today tortoise experts agree that there are about 15 different forms of giant tortoise, but these “forms” vary from separate species among the older lineages on the older islands, and more like subspecies among the younger ones, further underscoring the complexity of the giant tortoise genetic family tree and our challenges in deciphering it. 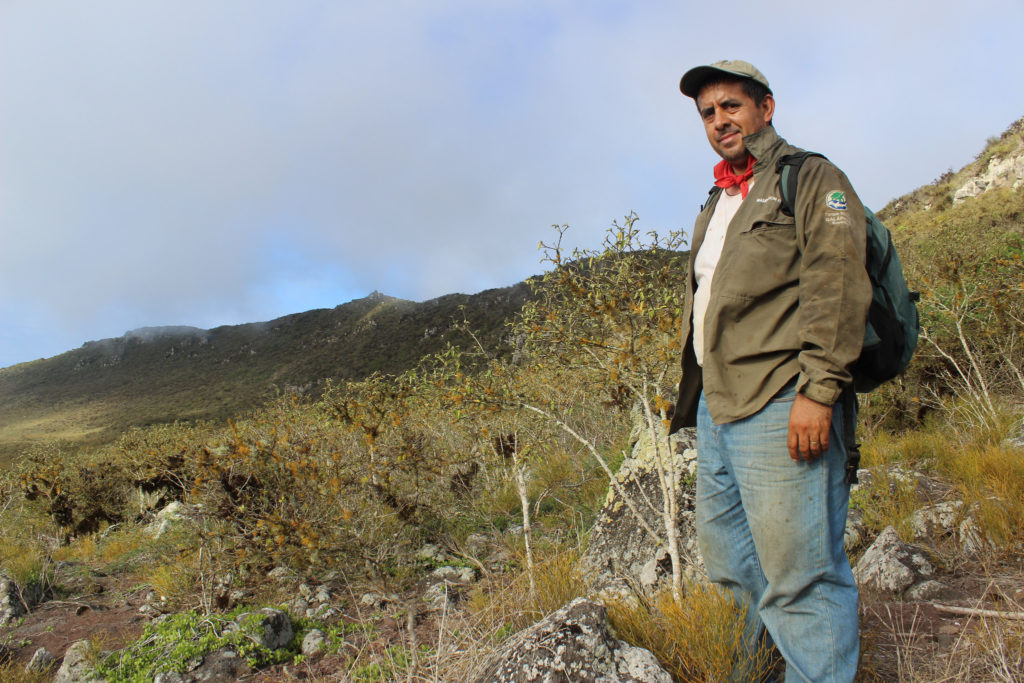 As director of the Giant Tortoise Restoration Initiative, Washington Tapia is leading the project's efforts to manage tortoise breeding centers in the Galapagos, and monitor and manage all wild populations to facilitate their slow recovery. (Photo courtesy of Galapagos Conservancy)

Today’s population of giant tortoises across the archipelago is 10-15 percent of what it once was, as the result of initial severe overexploitation of adults by pirates. This was followed by two centuries of introduced animals—rats, pigs, dogs and even ants—that preyed on the young or the eggs of the reptiles, while goats and donkeys also destroyed their habitat. All Galapagos giant tortoise species face some degree of threat of extinction, and three have already gone extinct. In addition, for many years whalers and fishermen hunted the tortoises and moved them around from island to island to create new sources of food, establishing them so that they could eat them later, which could also have resulted in a different species left to its own devices on Fernandina, Tapia says.

“The genetic data should tell us clearly whether the female found in 2019 and any other tortoises we find on this trip are the same species as the original male found in 1906,” Tapia says. “If they don’t cohere, we are going to have to reconsider what we have believed about tortoises on Fernandina Island. Maybe there was never a unique species on the island in the first place. Maybe this is a different species that somehow wound up on the island later. No matter what we discover, the results are going to be interesting.”

And no matter the genetic history of the tortoises on Fernandina Island, the Galapagos National Park Directorate will ensure these tortoises play a role in tortoises conservation in the future. The Galapagos National Park Directorate manages tortoise breeding centers in the Galapagos, and monitors and manages all wild populations to facilitate their slow recovery. The GTRI, established specifically to provide guidance on how to conserve and restore tortoise populations to their original homes and numbers across the Galapagos, including on islands where tortoises went extinct, provides technical advice to the national park to help its decision-making process to realize these ambitious goals. 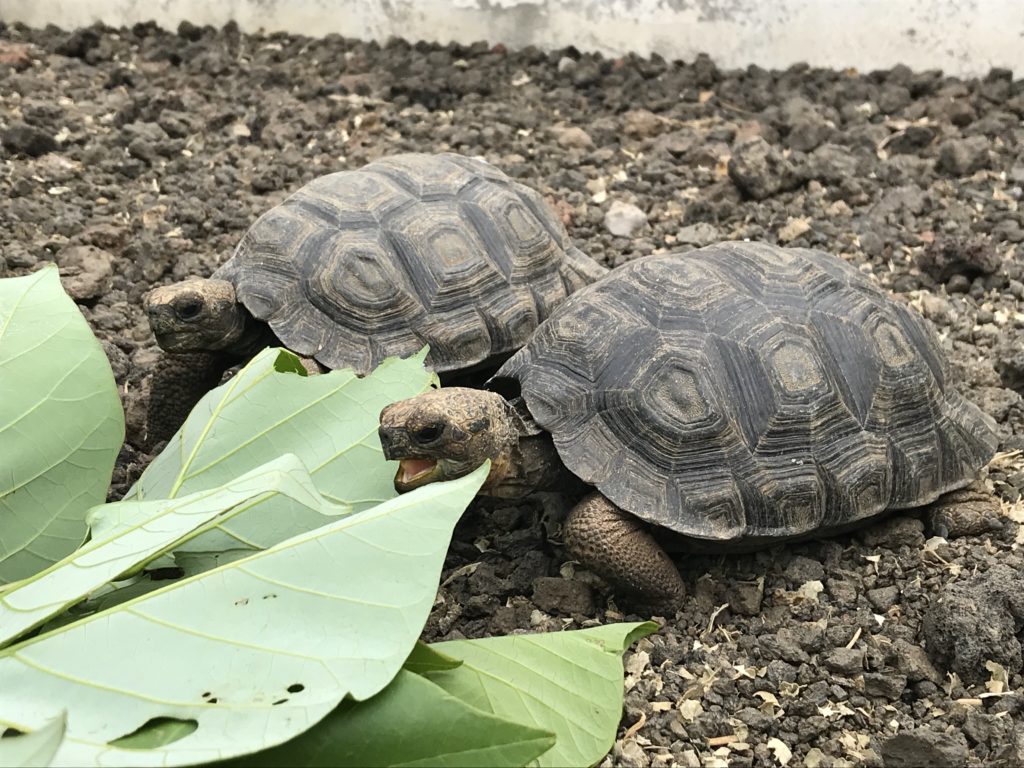 As of the end of 2017, the national park had raised and released more than 7,000 juvenile tortoises to their islands of origin, including Española, Isabela, Pinzón, San Cristóbal, Santa Cruz and Santiago. Between 2015 and 2017, they released the first 400 juvenile Española Tortoises onto Santa Fé Island, where tortoises went extinct in in the mid-1800s. And as a part of this week’s trip, another team will set off to Volcán Wolf on Isabela Island to search for additional tortoises that are hybrids between Pinta and Floreana Tortoises, with the ultimate goal of moving them to the captive breeding center in Santa Cruz.

“All of this expertise translates to hope for the Galapagos giant tortoises,” Tapia says. “For the Fernandina tortoise this week there will be many park rangers searching methodically to find more tortoises to solve this mystery.”