All seven recently discovered species belong to the Nyctibatrachus genus, commonly known as Night Frogs. According to a press release from PeerJ, which published a paper about the findings Feb. 21, these discoveries are “the result of five years of extensive explorations in the Western Ghats global biodiversity hotspot in India.” The scientists believe that the species have been overlooked in the past because of their insect-like calls and secretive habitats. 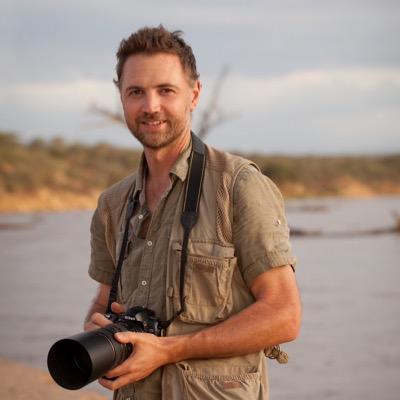 In addition to heading up GWC’s communications efforts, Moore is a passionate wildlife conservationist, award-winning National Geographic photographer, an International League of Conservation Photographers fellow and conservation officer for the Amphibian Survival Alliance. Moore spearheaded The Search for Lost Frogs, the largest coordinated global search for species lost to science, which led to more than 15 rediscoveries and several new species discoveries, and inspired his book, In Search of Lost Frogs.

We asked Biju why he named one of the species after Moore and why discoveries like this are so important for conservation. Here’s what Biju had to say:

Q. Why did you decide to name this frog species after Robin Moore?

A. I have known Robin Moore for more than 10 years. He is a very dynamic person in the field of amphibian conservation, especially in his effort to bring together scientists and conservationists across the world. I got the opportunity to work with him as part of Lost! Amphibians of India (LAI). He was involved in LAI in many ways and we became good friends. I named this species after Dr. Robin Moore for his involvement and contributions toward amphibian conservation, and of course as a friend. 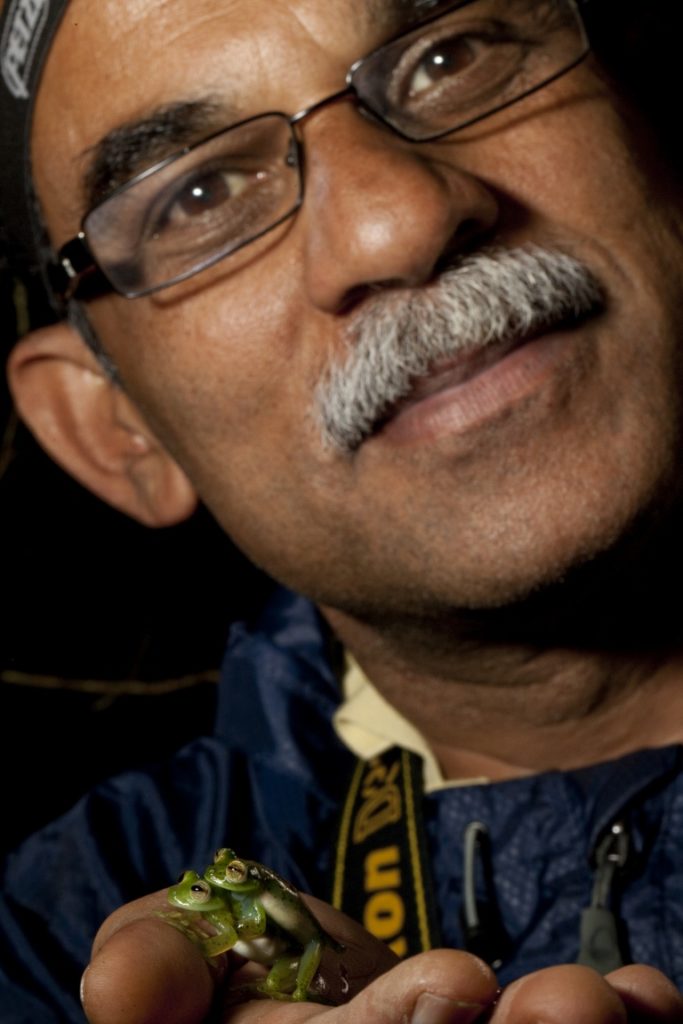 Dr SD Biju during a field trip to Colombia with the author to fulfill his dream of seeing a glass frog – here he is holding two. (Photo by Robin Moore)

Q. How do you generally determine the names for the new species you’re finding?

A. After determining a new species, an author attributes a new name to it. I usually name species either after some of their unique characteristics, behavior, geographical region of discovery, or names of people who have contributed substantially towards improvement of knowledge about amphibians, systematics or their conservation. Sometimes I also name species for those from whom I have received tremendous support for my amphibian research for more than 20 years (especially during the initial phases of my career) in many personal and professional ways, either financially, logistically, or through field assistance. That’s the only way I can express my gratitude to them. 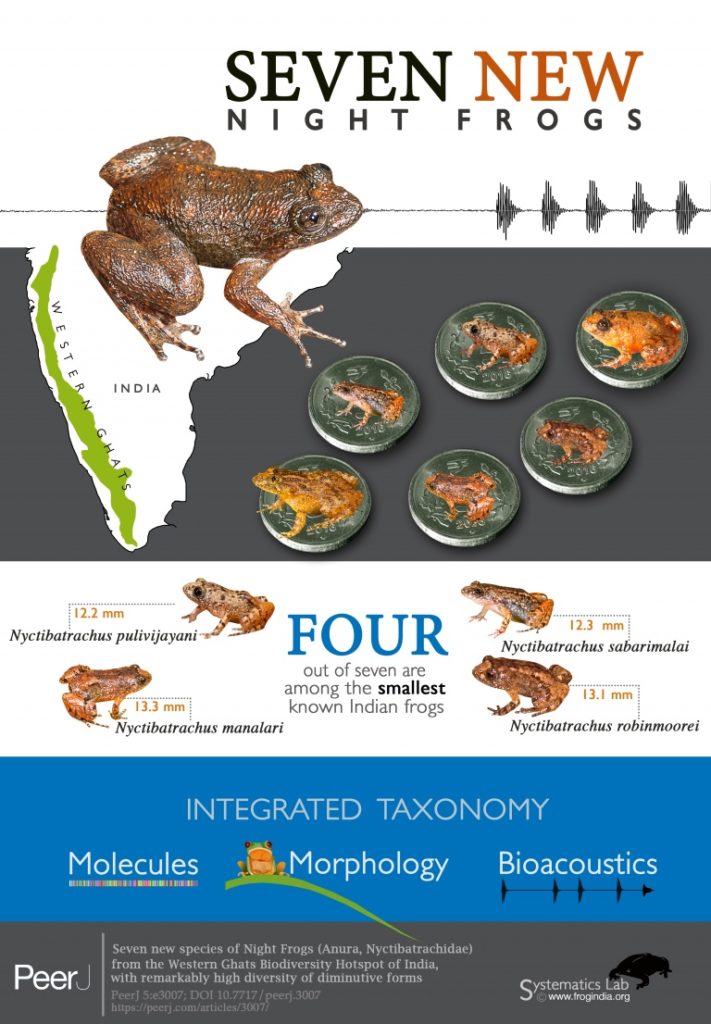 Q. You have discovered a whole new family of frogs during your expeditions. What does it feel like to realize that you’ve discovered a species new to science?

A. Fortunately, I have discovered two new amphibian families, eight new genera and more than 80 new species of amphibians from India during the last 20 years. It is important to keep the excitement and the momentum. I still get excited each time we discover a new species and it keeps me going.

Q. What is the most interesting frog you’ve discovered? Why?

A. I like all my discoveries and all the species have some interesting ‘stories’ behind them. I find myself extremely fortunate to have personally seen and observed India’s amazing diversity of frogs. Of course, the Indian Purple Frog (Nasikabatrachus sahyadrensis) is very special to me. This frog made my life professionally and gave me the enthusiasm to work on this group of animals. 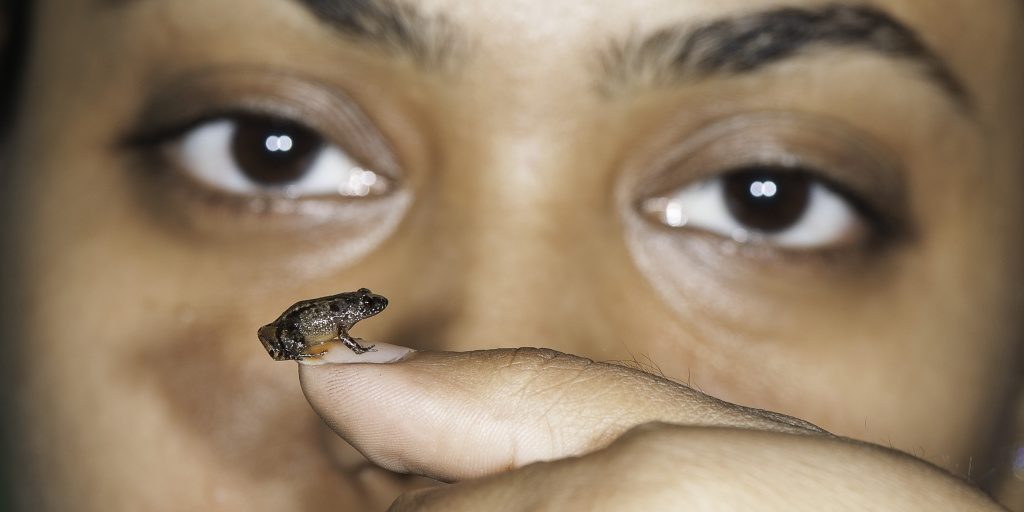 Q. What’s your favorite part about being out looking for frogs?

A. Observing, photographing and documenting frogs give me the greatest happiness in life. Of course, the Western Ghats is my back yard (I am from the foothills of the Western Ghats), but Robin Moore also provided me an opportunity to see some wonderful frogs in South America.

Q. Why is it important to discover unknown species?

A. It is important to document our flora and fauna because that gives us the most basic information required for biodiversity conservation. We need to know the animals that require conservation prioritization and for that we need a proper understanding about the existing diversity, their habitat requirements, as well as possible threats. Discovering new species is only a way of identifying the various unique organisms that exist. Generally, the importance of taxonomy for conservation is not well understood by conservation managers. But we need taxonomy to correctly identify organisms and understand their geographical distributions for meaningful and effective conservation planning.

(Top photo: The 12.2 mm long Robinmoore’s Night Frog sitting on the Indian five-rupee coin–which is 24 mm in diameter–is one of the new species discovered from the Western Ghats mountain ranges in Peninsular India. Photo by SD Biju)