Devious is not usually the first word that comes to mind when we think of a plant—how wily can a simple shrub be, really? But without hesitation, that’s the word University of Bristol botanist Michal Golos uses to describe one unusual group of plants: pitcher plants.

Pitcher plants are carnivorous plants (yes, really, carnivorous!) with deep, pitcher-like cavities full of digestive juices, a nightmare for the unsuspecting prey—usually insects, but sometimes small birds, lizards, frogs and, in some cases, even rats—that wander in without a clue about what awaits them. Pitcher plants use pretty color patterns, scent and nectar to lure their prey into their deathtraps. Once inside, their victims discover that the pitcher walls, which are sometimes lined with downward pointing “teeth,” are too slippery for them to climb back out to freedom.

It’s not all reverse-herbivorous bloodshed, though. Botanists are still in the process of learning about the various natural history traits of pitcher plants, but recent discoveries point to certain species actually evolving symbioses with other animals, including bats, tree shrews, frogs, and ants. “There are animals so specialized that they cannot exist without being able to complete their life cycles within these carnivorous plant “stomachs”—an often overlooked reason for safeguarding these plants in nature,” said Alastair Robinson, a botanist at Royal Botanic Gardens Victoria.

With more than 160 species in the group, Nepenthes pitcher plants are mainly native to Southeast Asia and Australia. Some species have pitchers that are large enough to hold four quarts of liquid. Others grow as vines up to 50 feet in length. Here we profile a handful of the most devious and fascinating species in the zany world of pitcher plants.

The Light at the End of the Tunnel Pitcher Plant 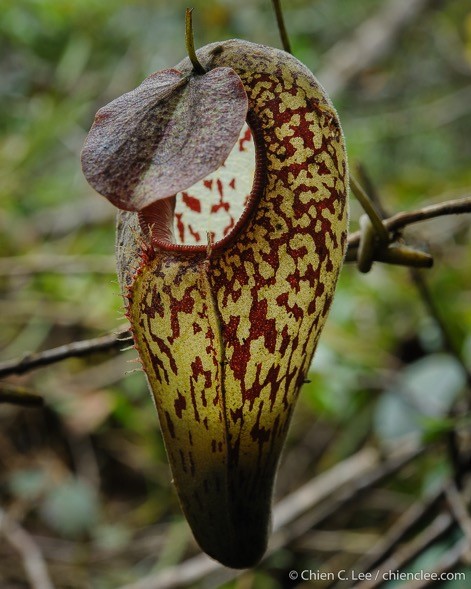 Nepenthes aristolochioides is perhaps the most duplicitous of all known pitcher plant species. Known as the “light at the end of the tunnel” trap, N. aristolochioides has a translucent rear wall and, unlike other pitcher plant species, allows light to shine through the wall opposite from where insects enter (these pitcher plants have entrances on the side, rather than the top). When an unsuspectingly bug ventures into the pitcher, it is immediately drawn to the back wall, as the lip of the plant has evolved in a way that cuts off the light from the entrance it just came in. Unfortunately for the insect, on its way to what it believes is freedom, it inevitably flies headlong into the pitcher’s inner walls, and tumbles down into a pool of viscous liquid, where it is digested, sometimes slowly. 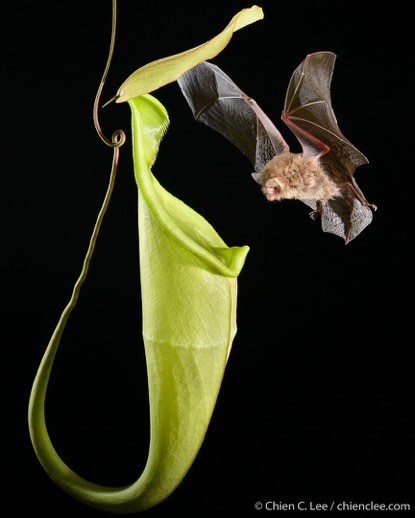 This species has found an unexpected bedfellow in Hardwicke’s Woolly Bats, who safely roost in the plant’s pitchers. What do the plants get in return for their generosity? They mostly get to give up their diet of insects for a diet of…bat guano. Bat guano is rich in nitrogen, a crucial plant nutrient, and in this way these bats provide 95 percent of the nitrogen their hosts need. Even more fascinating is that the plants have evolved a dish-shaped structure at the opening of their pitchers that bounces back the bats’ echolocation calls so the flying mammals can distinguish the pitcher plant from other plants in dense vegetation. This is the “first time plants have bat-attracting feature for a purpose other than pollination,” according to LiveScience. 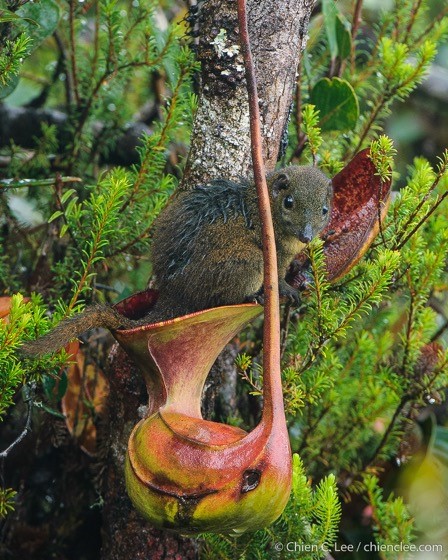 Speaking of guano, N. hemsleyana isn’t the only pitcher plant to feast on feces. A number of other species have the honorable role of playing toilet to tree shrews, which feast on nectar on the undersides of the pitcher plant leaves before leaving a nitrogen-rich “deposit” behind. Unlike most pitcher plants, these plants no longer have slippery mouths at the pitcher opening, giving the tree shrews a safe place to squat. They also produce the largest known amount of nectar for any pitcher plant, likely an adaptation to keep their tree shrews happy, full and regularly in need of a toilet. 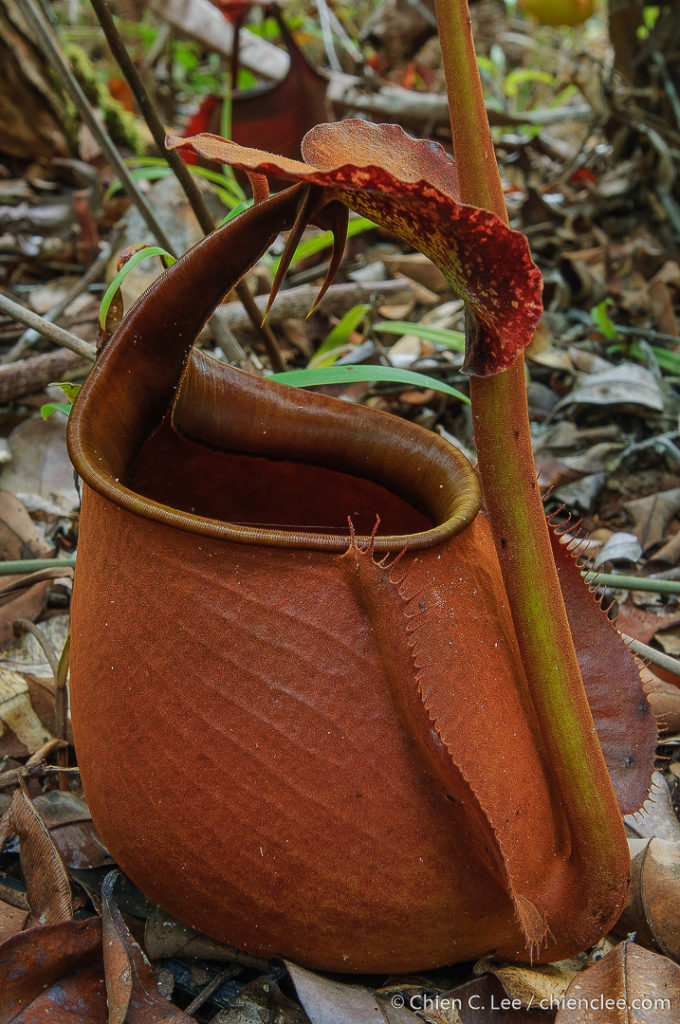 While other plants have figured out the value of poop, Nepenthes bicalcarata requires a bit more from its mutualistic relationships. This species has developed a symbiotic relationship with a species of ant called Camponotus schmitzi. While the ants do provide an offering of poo, they do even more for the pitcher plant: they clean the pitcher mouth to make sure it’s good and slippery to catch prey, they attack the weevils that want to eat the plant, they remove the carcasses of previously digested prey, and they attack any prey trying to escape. In return, they have found a home, sweet, home in the plant’s hollow tendrils and are given a never-ending buffet of nectar. A win-win all around. 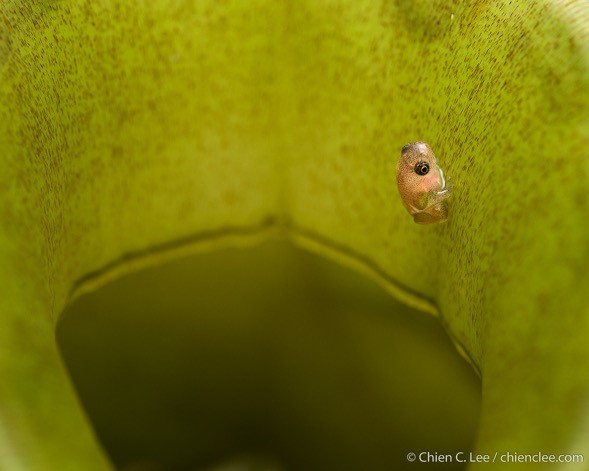 Sure, the innards of a carnivorous plant may not be the ideal nursery for all species, but for the one of the world’s smallest frogs, Microhyla borneensis, it’s perfect for raising a brood of tadpoles. These frogs won’t lay these eggs anywhere else, and they find relative safety for their offspring, which mature into tiny froglets after several weeks before finally leaving the pitcher plant for the great big world.