If a species re-emerges after disappearing from human view for more than 30 years, you might expect it to pop up on a remote mountaintop or deep in a dense forest — not outside a popular tourist town. Yet that’s exactly where Ecuadorian conservation biologist and wildlife photographer Melissa Costales, with Spanish herpetologist César Barrio-Amorós and Canadian amphibian and reptile guide Eric Osterman, recently rediscovered the lost Mindo Harlequin Toad (Atelopus mindoensis).

They were visiting a private reserve about two hours from the capital city of Quito, studying a rainfrog called Pristimantis appendiculatus. After observing about a handful of them, they stopped to observe one more. 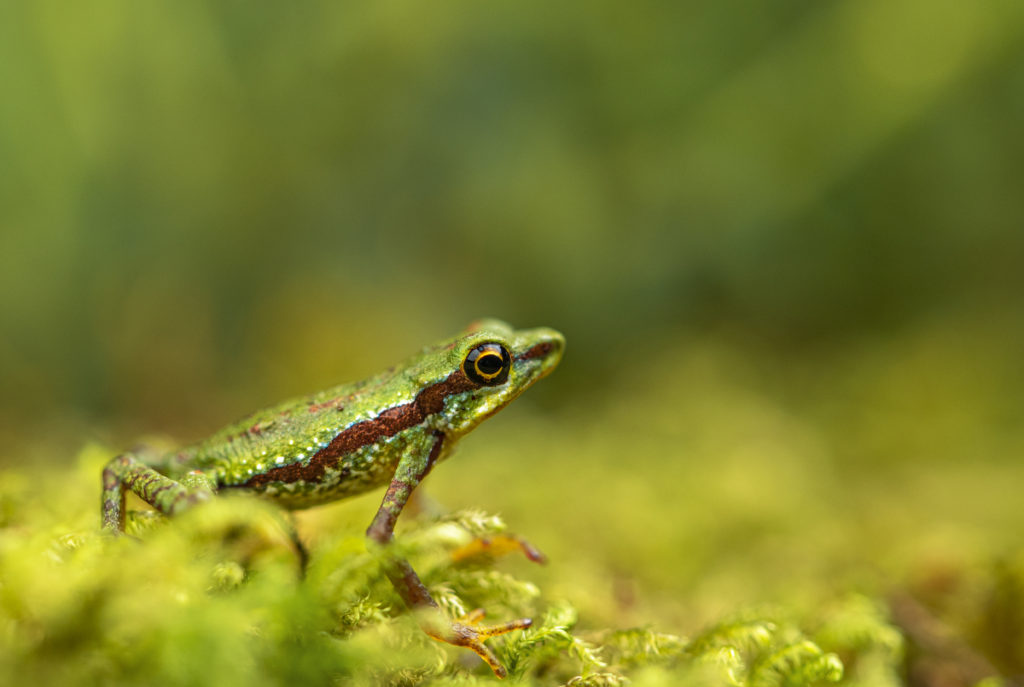 “Eric spotted another rainfrog, so we stopped to admire it and then Cesar turned around and there it was, the legendary Mindo Harlequin Toad,” Costales says. “The three of us spotted it simultaneously. It took our brains a while longer than normal to recognize that what we were seeing was, indeed, the lost toad. We couldn’t believe it.”

The re-appearance of this harlequin toad — which had been considered Critically Endangered and Possibly Extinct by the IUCN Red List of Threatened Species — is a ray of hope for a genus that has been decimated by chytridiomycosis, a mysterious disease that has caused global amphibian populations to plummet in the span of a few decades. Its rediscovery, might provide clues to why the species declined in the first place — and what needs to happen to ensure its recovery.

Less than a two-hour drive from Quito, the town of Mindo and the cloud forest that surrounds it is a popular destination for birders, extreme sports enthusiasts and other visitors looking to explore the Ecuadorian Andes.

Although birds are now the main wildlife attraction, Mindo holds other natural treasures as well. “Even though this area is less than 300 square kilometers, it has around 10% of all the amphibians and reptiles in Ecuador,” says Lucas Bustamante, the CEO and co-founder of Tropical Herping, a conservation organization that works to protect tropical amphibians and reptiles. After Costales and the other herpetologists made the rediscovery, they called Tropical Herping and invited them to join on a second expedition to see the lost toads. 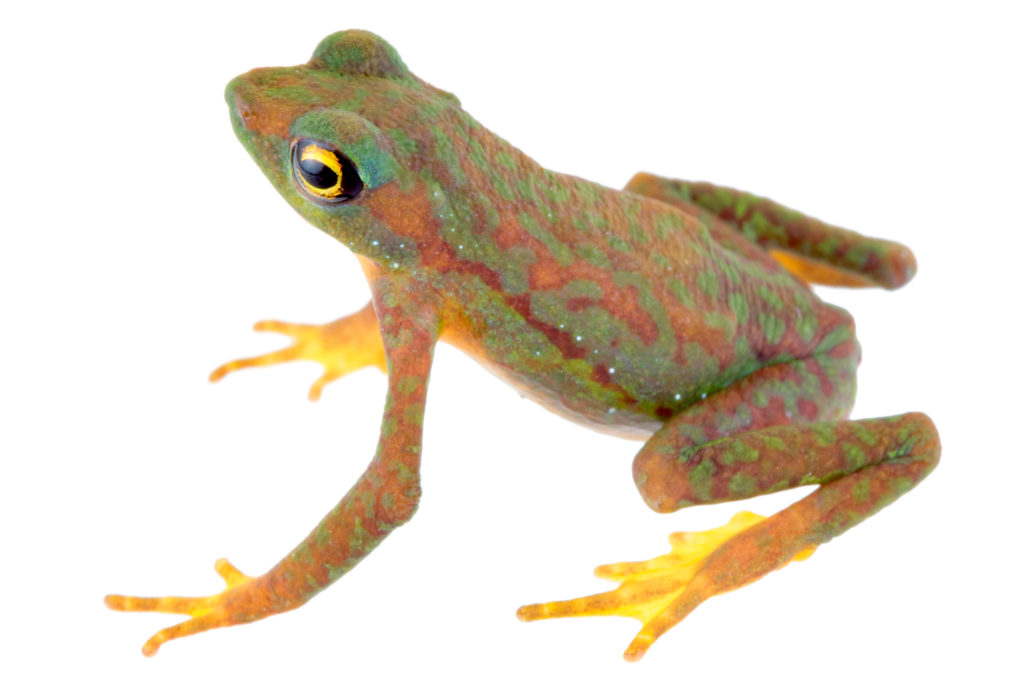 While Ecuador is believed to be home to the second-highest number of harlequin toad species (25 in total, 18 of which are found nowhere else), all are threatened with extinction to some extent, and until recently 13 of those had not been seen since the late 1980s or early 1990s. Chytridiomycosis (often shortened to “chytrid”) is believed to be the main culprit. “Normally the fungus arrives and wipes out entire populations, sometimes leaving no survivors at all,” Bustamante explains. The lethality of the fungus is thought to be triggered in some way by climate change, but the details remain uncertain.

Since the Mindo Harlequin Toad had not been observed since 1989, scientists assumed that it too was one of the casualties of this deadly fungus — until that night in August 2019.

Out of all the missing harlequin toad species in Ecuador, Costales says the rediscovery of the Mindo Harlequin Toad was perhaps the most unlikely, since the cloud forests where it lives are the most thoroughly documented in the country. Yet a follow-up search for the toad—which included a Tropical Herping crew—a few days later led to further discoveries of individual toads.

“Knowing a little about the habitat of the toad, we began the search for all the places where adults could potentially be,” says Jose Vieira, field director of Tropical Herping. “After hours and hours of searching we found another juvenile, which not only confirmed that they were there but that they were reproducing.” In total, the researchers found seven individuals. 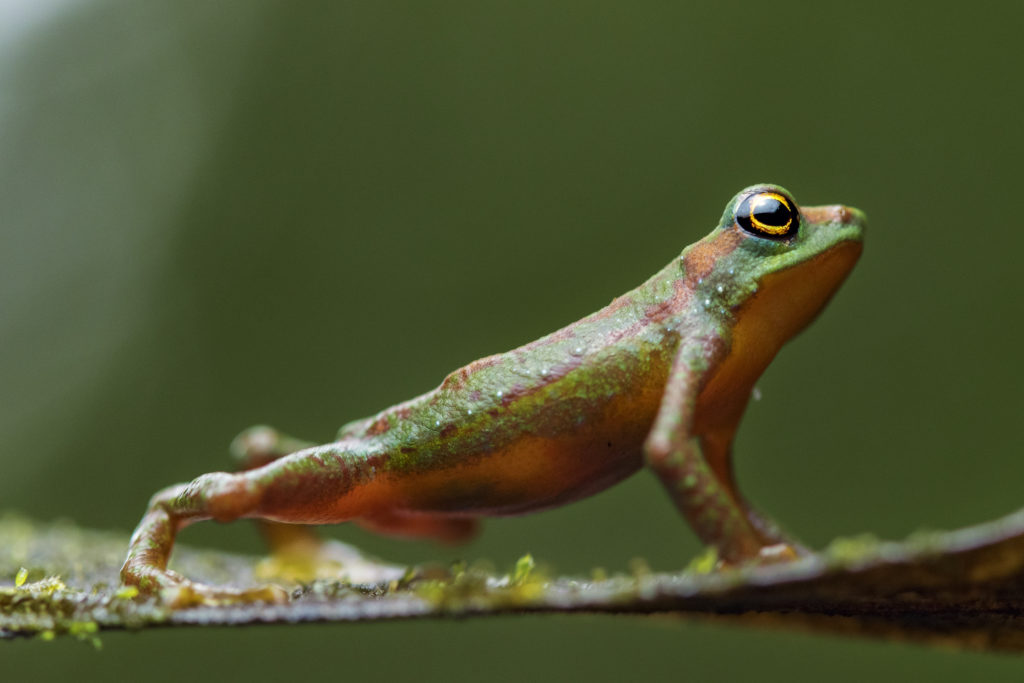 Two of the individuals were collected and tested for the chytrid fungus —they tested negative. “This population that is remaining could be immune to the chytrid fungus, or perhaps they were never even exposed to the virus.” Bustamante suggests, “Those could be some explanations for why they’re still there.” If that’s the case, this finding could teach scientists more about how this unpredictable disease works — and maybe help humans protect remaining amphibian populations. But Bustamante cautions, “these are early hypotheses that need to be studied.”

Lina Valencia, Global Wildlife Conservation’s (GWC) Colombia conservation officer, agrees: “Harlequin toad populations are seemingly coming back from the dead, and this triumph against the loss of biodiversity possibly points to relict populations that have become resistant to chytrid.”

Costales is partnering with the Zoology Museum of the Universidad San Francisco de Quito to begin a monitoring program for the species. She also hopes to raise money to buy and protect land close to where the toads were found, and to start an environmental education program for the community of Mindo.

“Making this news public is important to educate locals so that citizen science projects can assure the survival of this amazing species,” Costales says.

Bustamante says he hopes that this rediscovery will fuel more interest in ecotourism in Mindo — and bring more opportunities for local people. 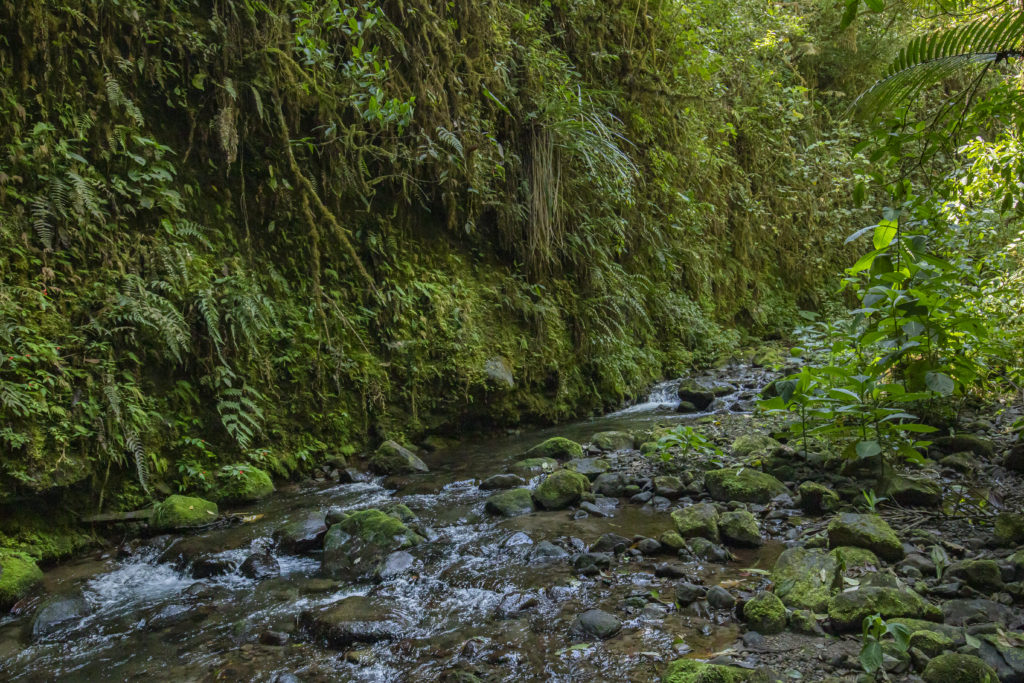 “Locals in Mindo have been working with birders and people looking for orchids for decades,” Bustamante says. “Working with amphibians and reptiles is relatively new for them, but they are amazing naturalists and learn fast. If we empower them and work together to monitor the town’s species, they can raise awareness in the community that they really need to protect the forest, because it can bring an income for them.”

Although neither chytrid nor invasive trout have yet to be found on the private reserve where the toads were caught, other threats could lurk nearby, including damaging pesticides. Habitat destruction due to deforestation is another threat to amphibian habitats — not only from logging and cattle ranching, but also for human settlements.

“Each rediscovery gives us a second chance to develop better conservation strategies and, in the case of the Mindo Harlequin Toad, to create them, since they never existed,” Costales says. “It’s not every day that we have the opportunity to rediscover a species that was believed to be extinct. This is a miracle of nature’s resilience, providing a unique opportunity to monitor and study the species in order to understand why it declined and what we can do to help protect it.” 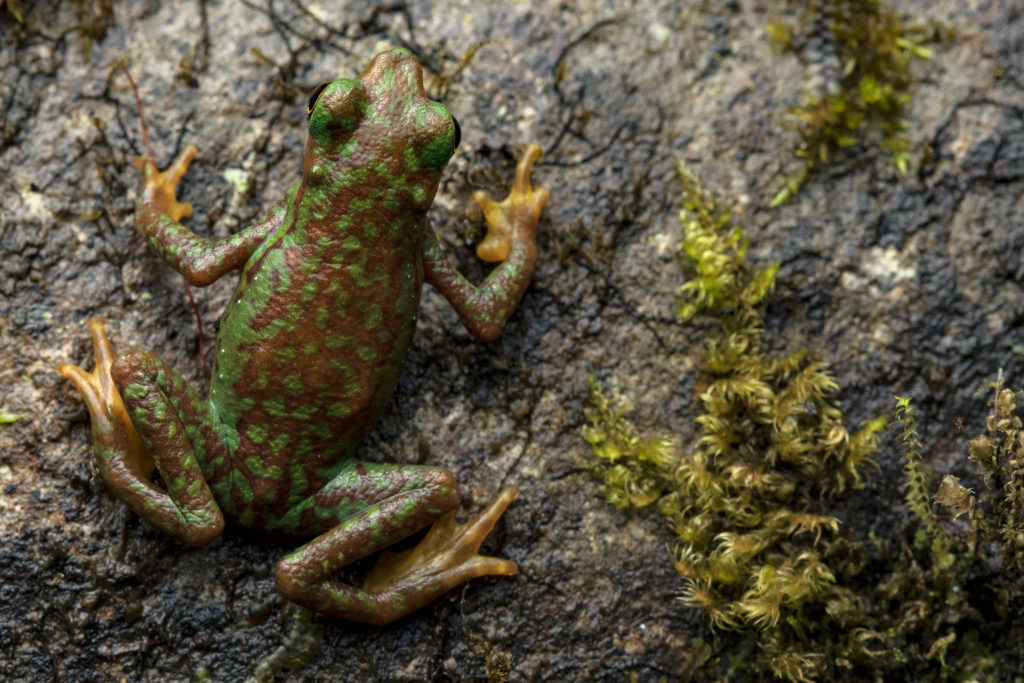 Harlequin toads are among GWC’s priority species to protect; the rediscovery of this toad brings hope that the Scarlet Harlequin Toad, on GWC’s top 25 most wanted lost species list, is still waiting to be found. But collaborative, community-led conservation action is key for successful, enduring species recovery.

“GWC has joined forces with partners to create the Atelopus Survival Initiative, a coordinated regional conservation network committed to ensure the survival of these jewels for their vital importance for watershed health and their important role in local and indigenous communities across the region,” Valencia says. “Rediscoveries like this give us hope that it's not too late.”