In Pandemic, Putumayo’s Indigenous Peoples Draw Upon Their Past

Many Indigenous peoples live along the Putumayo Basin of Colombia, Peru, Ecuador and Brazil. They have long faced persistent threats to their land, their livelihoods—and even their lives. These include the rubber trade of the early 1900s; the Colombian conflict of the last 60 years; and ongoing illegal mining, oil and gas exploitation, drug trafficking and deforestation for cattle ranching and road construction. The COVID-19 pandemic has added a new threat to this Amazonian jungle area.

“This is not a war that involves weapons. This is another type of war we’re facing right now,” says Marcelino Sánchez Noé, member of the Tikuna community and legal representative of the Indigenous Council Association of Tarapacá, Cotuhé Putumayo Indigenous Reserve.

Back in June, the nearby city of Leticia was the biggest COVID-19 hotspot in Colombia and one of the biggest in the greater Amazon region. COVID-19 made its way to Putumayo’s remote villages and even killed some elders. But without reliable testing, contact tracing or even a nearby health post, there are few “official” cases.

“Logistics are one of the biggest challenges, because the more you can test, track and attend to patients, the more you can control the virus. But when the numbers are low because there’s no testing, people think the emergency is over even though people are dying,” says Daniel Aristizabal, lower Amazon coordinator at Amazon Conservation Team, a GWC partner. “The only way they know they have COVID-19 is because elders have left in humanitarian flights, test positive when they reach the cities, and then usually die.”

To fight COVID-19, Indigenous peoples throughout the Putumayo have turned to their time-honed ability to live off the land and be self-sufficient and food secure.

“Our food security focuses on the natural resources the jungle provides us with,” says Noé. “That’s the way we support ourselves and we need to combine this with the elements Western society is providing us with. Although the [quarantine] restrictions have impacted our community because we can’t get complements like salt.” 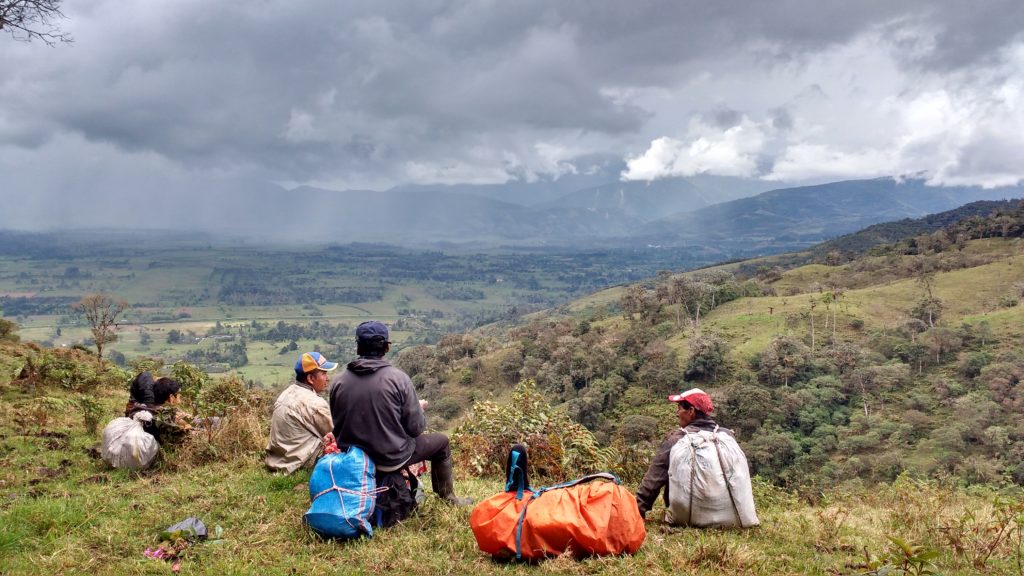 They are practicing social distancing by closing their territories and camping deep within the forest. For younger people this is new, but for elders this is a more familiar practice.

“Other than our current pandemic, we’ve had others before that were also strong—so strong they cut into the entire social role of humanity. Back then, people would say those with leprosy, fever or vomiting need to be totally isolated,” said Moisés Supelano, a ranger for Río Puré National Park. “A sick person must be respected. A healthy person deserves respect, too, lest not we get them sick. From the beginnings of humanity, that respect has been around and it must continue for humankind to survive.”

Many have turned to natural remedies. In Moisés’ Cocama culture, these include consuming ayahuasca, a traditional brew with hallucinogenic properties. Additionally, medicine men/women and shamans in the Colombian Amazon, where a culture of traditional medicine has remained strong, have used visioning and reflection with ancestors to rediscover plants such as lizard tobacco that were used for strong diseases in the past.

“I believe this disease motivated the peoples to look back,” said Moisés. “Regarding traditional medicine, we had forgotten about it quite a bit and need to strengthen it.”

Others, such as Noé, have combined traditional and Western medicine and remedies.

“And some have said ‘This is out of our control. We need doctors here now,’” says Aristizabal.

ACT has shifted much of its focus from conservation projects to helping communities respond to the pandemic. The organization has been providing educational materials on preventive measures such as hand-washing and wearing masks. They’ve produced radio communications with messages from local musicians, WhatsApp videos, posters and children’s books in local languages. They’ve partnered with local radio stations and indigenous health experts like the NGO Sinergias to transmit radio courses for local Indigenous health personnel. And they’ve provided information to local leaders and shamans about closing their territories and protecting their people and their land. 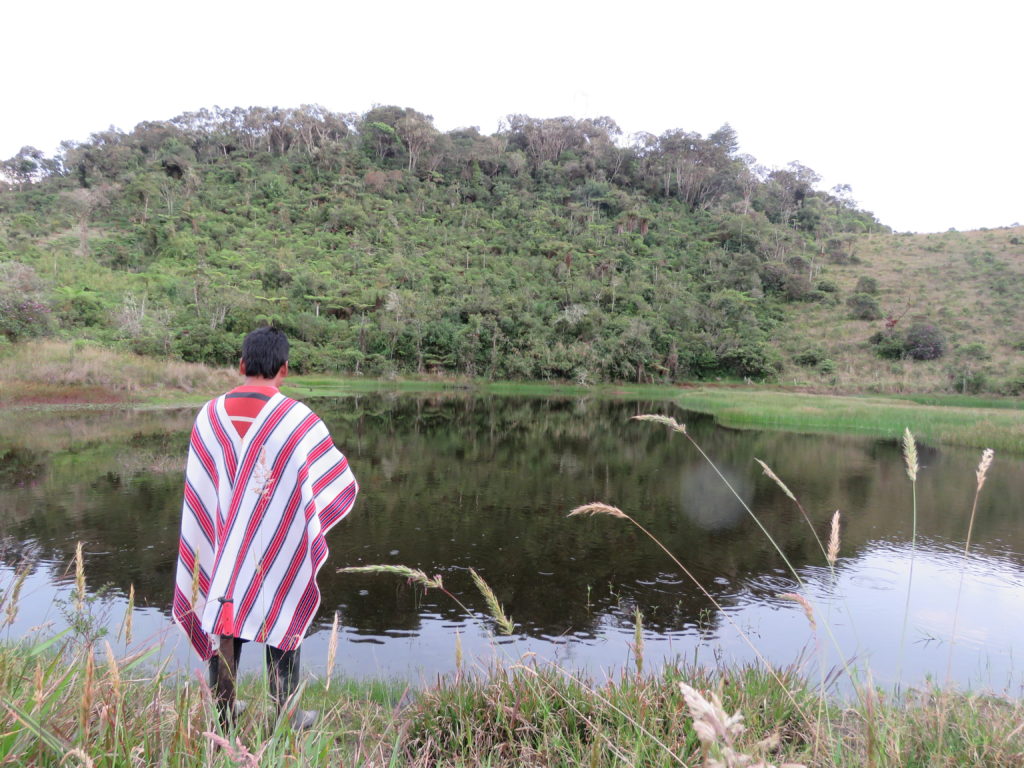 “Some have been very diligent and effective to act. And some surprisingly didn’t take the whole threat very seriously, kept sending invitations to parties. It’s a bit like the rest of the world,” said Aristizabal. “But we just continue giving the most information to leaders so they can make the best decisions.”

ACT has also provided strategic aid to meet communities’ unique needs, such as boats and engines for protecting territories, radios for contacting health posts or survival kits with things like fishing rods, flashlights and salt to help families who are distancing and going back deep into their forests.

As families spread out into the forest rather than living near each other, they’ve been able to better spot intruders in some cases. And some of the activities communities were already doing to protect their territories from environmental threats are also helping protect people from COVID-19 exposure. For example, people who patrol their lakes to protect them from illegal fisherman can warn boaters not to stop in local communities—and can radio communities to let them know a boat is headed their way.

However, ACT data shows illegal mining and illegal logging have increased. They have a sense that wildlife trafficking, drug trafficking and cattle ranching is increasing, too.

After the peace accord between the Colombian government and the Revolutionary Armed Forces of Colombia (FARC) in 2016, the government has been slow to grant lands back to Indigenous and peasant communities that lost them in conflict. Many communities are claiming lands back and being met by violence from armed groups.

“As Indigenous people, we are the guardians of nature. We protect the oxygen and the air; we protect the water, which is life for the whole world. It is our duty to protect these things for our children and the new generation,” says Mariano Tisoy, a Taita ex-governor and follower of traditional medicine living in the Indigenous Inga Reserve Santiago in the Sibundoy Valley.

Strengthening Indigenous peoples’ rights to their land and limiting extractive and invasive activities will not only help protect them from violence but can help preserve areas like the Putumayo Basin as a buffer between urban and natural areas—a buffer that can help prevent future disease outbreaks.

“This won’t be the only time. There must be an interaction between ethnic groups from the Amazonas and people interested in preservation and protection of these communities,” says Noé. “We suggest big nations, states and NGOs support our survival.”