Framing Biodiversity, One Story at a Time

The recent UN report detailing the scale of biodiversity loss was a wake-up call to humanity.

Or it should have been. But it generated a lower media reach than two other stories we shared this year: a story about a lovelorn frog called Romeo in Bolivia and a rediscovered giant bee in Indonesia. Why did these stories of individuals resonate more than the news about a million species on the precipice of extinction - arguably the most important story of our times? 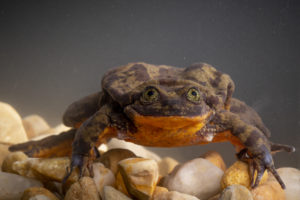 Writing for the New York Times, Brad Plumer pondered in an article entitled “To Tell the Story of Biodiversity Loss, Make It About Humans” why should anyone care about the loss of biodiversity. He concludes that making it all about naked human self-interest may be our best hope of getting world leaders to care.

The trouble is that playing to narrowly defined human interests promotes those same extrinsic values that have gotten us in this mess in the first place. If we are truly to achieve the transformational change that the UN report says is imperative, we need to go beyond trying to convince those in power with cold facts, to creating a global society that elects world leaders who look beyond GDP as a measure of a country’s progress. We need to unleash existing widely held values of responsibility and duty to move beyond the current limited paradigm of economic growth and adopt a more holistic valuation of quality of life. Leaders come and go; the values we perpetuate will define us.

Asking why anyone should care about biodiversity loss is a rocky place to start, as it assumes we care about things because we are told we should. If it were this straightforward I would have persuaded my wife to wear a bike helmet, my mate Dave would have quit smoking (for real, this time) and I would wear a seatbelt in the backseat. But we are not rational creatures (except my wife, of course, who is unwaveringly rational).

Biodiversity is, as Plumer observes, hard to touch or see or feel. So how do we make its loss palpable and immediate? The values we ascribe to biodiversity are shaped by our direct experiences, but also by the stories we tell one another. Framing stories of biodiversity in terms of its monetary value alone has been shown to promote individualistic behavior and discourage collective thinking, both of which undermine the transformational societal change we need. Engaging intrinsic values, like love or interconnectedness, is more likely to activate similar values that foster lasting concern for fellow species and the environment. Values that are engaged repeatedly become entrenched in our minds as being important. I argue, therefore, that we need more stories that foster those values that run deeper than our limited paradigm of economic growth to recognize our primal and complex connection with other life forms and the benefits these connections bring. 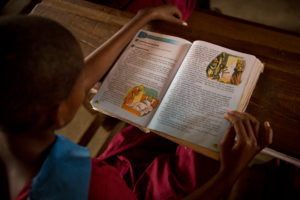 Romeo the frog, Wallace’s Giant Bee, and the story of Cecil the lion demonstrated that stories about individuals that unleash existing shared values of responsibility can evoke action-oriented emotions. Whether it is anger, awe, or hope--which, if harnessed creatively, is more than a feel-good emotion but a dynamic cognitive motivational system--emotions that stimulate a physiological response hold immense power. Romeo was a love story that reached more than two billion people, led to two appearances on the Late Show with Stephen Colbert, and motivated hundreds of individuals from dozens of countries to support and follow the quest of a single frog plucked from the obscurity of a tank in Bolivia. Our challenge is to harness such action-oriented emotions toward actions that matter (such as a movement to protect lions and the ecosystems they call home rather than, say, trying to ruin the career of an American dentist). 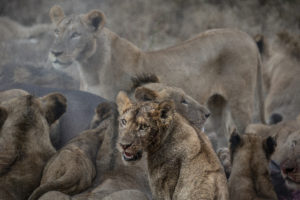 A pride of lions in Kenya (Photo by Robin Moore)

This is not to say we shouldn’t emphasize the value of biodiversity in sustaining the integrity of our global ecosystem. Biodiversity provides us with fresh air, clean water, medicines, and it regulates our climate--and the more people are educated about its importance, the better. But biodiversity is also so much more than a resource at our disposal. It is exceptional, enigmatic, exhilarating, awe-inspiring, intricate, and infinitely beautiful. It is bigger than all of us--and we are an integral part of it. Our connection with nature, and its myriad life forms, runs deep. Each of the million species of animals and plants at risk of extinction has a unique story to tell, but unlike Romeo and Wallace’s Giant Bee, many will vanish before they are heard.

What We Can Learn From

One Story at a Time

The story of Romeo or Wallace’s Giant Bee may seem like drops of water on a planet on fire, but their resonance speaks volumes. A powerful story can pierce the daily deluge and spark an emotional response strong enough to save a species from extinction. The imminent loss of a million species of animals and plants should have eclipsed all other news headlines, but as the news cycle moves on it is up to each and every one of us to tell stories that rekindle our connection with the diversity of life on our planet in all its weird and wonderful forms, nurturing intrinsic values as an antidote to the sugar rush of material consumption and deepening our relationship with our neighbors, communities and the ecosystems that we all call home. The rapid rise of grass-roots movements like Extinction Rebellion are a powerful testament to the fact that people have had enough of business as usual. The world may be on fire, but we can change the narrative, one small but important story at a time.

Robin will be a plenary speaker at the upcoming Conservation Optimism Summit September 2-4 in Oxford, UK.