The globally endangered Baird’s Tapir is the largest terrestrial mammal in the Americas. Large females can reach 600+ pounds in the proper environment and season. The species ranges from Mexico to Colombia and occurs in a variety of habitats, from the lowland rainforests of Central America’s Caribbean slope to the highland cloud forests of southern Costa Rica and northern Panama. Our research and regional analyses indicate that all of the remaining significant core areas for this species cross international borders, including: the Selva Maya between Mexico, Guatemala and Belize; the shared forests between the Honduran Moskitia and Nicaragua’s Bosawás Biosphere Reserve; the habitat extending from Nicaragua’s Indio Maíz Biological Reserve into the protected areas of northern Costa Rica; the Talamanca region of Costa Rica and Panama; and the Darien Region along the Panama and Colombia border

Clearly tapirs and other wildlife don’t recognize the same imaginary lines that we humans use to divide one country from another.

That’s why we in the tapir conservation and research community continuously work to build strong bonds between tapir researchers and conservationists globally and foster a collaborative culture that encourages the sharing of data, experience and knowledge. In August of this year, our team in Nicaragua welcomed a group of Costa Rican tapirologists to our field site for three weeks to participate in our tapir GPS telemetry project. These colleagues, who work on a project called Nai Conservation in the Talamanca region of Costa Rica, visited the Indio Maíz Biological Reserve for their first experience collaring tapirs. We were able to make this visit to our field site possible thanks to a generous grant from Fondation Segré to develop a World Tapir Conservation Program.

The Nai Conservation team gained important firsthand experience in all aspects of a tapir telemetry project. They observed the process of collaring an anesthetized tapir. They explored the primary forests of Indio Maíz with our radio receiver to find tapirs that our had team collared in prior expeditions. They struggled alongside us to overcome the messy and precarious field conditions of our field site in Indian River, a location that can receive more than 4,000 mm of rain a year. And they witnessed both the incredible beauty of the irreplaceable Indio Maíz Biological Reserve and its primary forests, and the incredible hospitality and warmth of the indigenous Rama people that call it home. 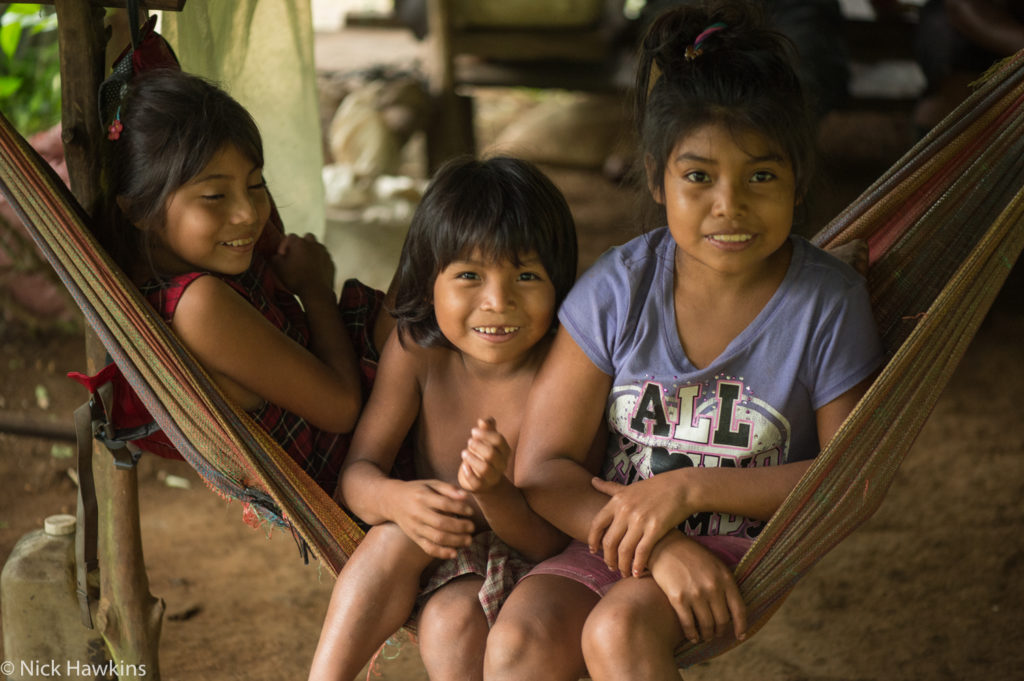 Rama children at their home along the Indian River. (Photo by Nick Hawkins)

The indigenous Rama and afro-descendant Kriol peoples jointly hold a communal title to 70 percent of Indio-Maíz, approximately 1,800 square kilometers. The Rama community of Indian River has a subsistence economy that revolves around small-scale mixed crop agriculture, hunting and fishing. They care deeply about the integrity of Indio-Maíz, and we are fighting alongside them to put an end to the increasing illegal encroachment and destruction of the reserve by land-grabbing cattle ranchers and land-traffickers. Our Rama allies include five of our territorial forest rangers and many of the most important activists working with us to confront the invasion of Indio-Maíz and the systematic government inaction helping to drive its conversion from primary forest to cattle pasture.

Our joint passion to fight the destruction of the reserve and thus to help protect Rama culture, traditions, food security and sovereignty has allowed us to develop a close, personal relationship with the entire community. Partly due to this, the Rama community welcomed the Nai Conservation team with open arms, discussing with them themes ranging from their traditional practices to their concerns about the illegal invasion of their ancestral lands. The Nai Conservation team, in turn, spoke with the Rama about conservation in Costa Rica, and drew tapirs and macaws with children while highlighting the importance of these species to the local ecosystems. 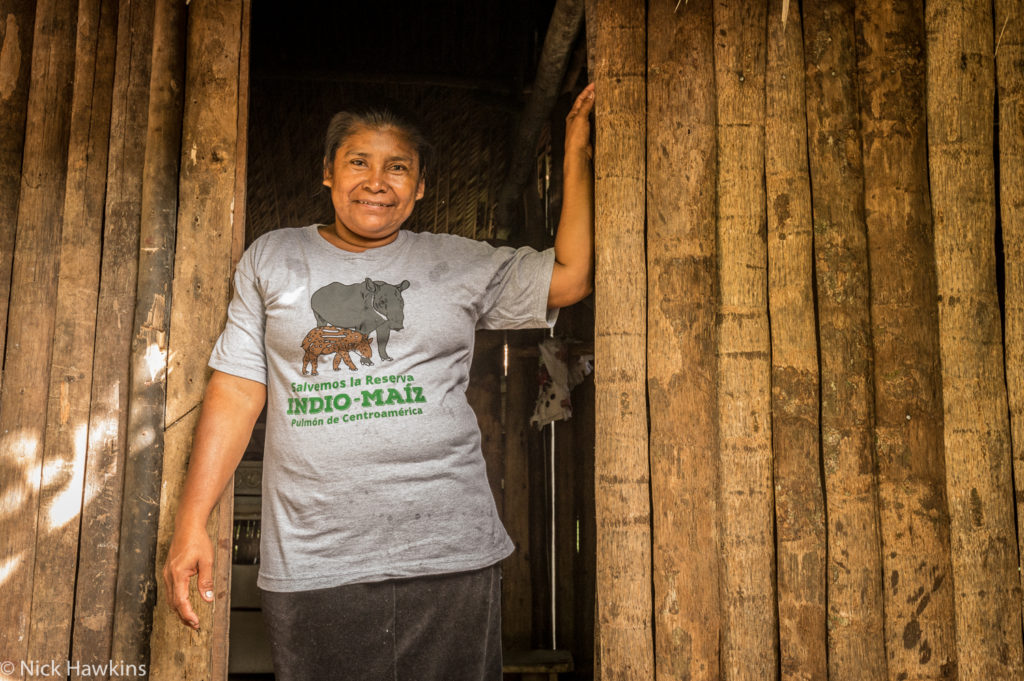 A Rama woman at her home in San Juan de Nicaragua. (Photo by Nick Hawkins)

The challenging conditions, the physically enervating work of collaring tapirs, the beauty of Indio-Maiz’s primary forests, the warm-heartedness of our Rama hosts, and the collegiality of fellow tapir researchers and conservationists from multiple countries made for a fantastic, productive, enriching experience. We all felt inspired by the end of the field expedition.

Collaborating to create these environments and experiences is something that we strive for at GWC. We make strong, personal connections and develop mutually beneficial relationships with local people, and then work alongside them to help conserve the biodiversity of the word’s wild places. We encourage global collaboration and international community building to protect the protected areas and Endangered and Critically Endangered species that, like tapirs, range across multiple countries. Indeed, building strong, collaborative international communities and developing meaningful relationships with local people, communities, and governments are critical aspects of ensuring the long-term protection of our world’s biodiversity.

Additional images–click on photo for caption (all photos by Nick Hawkins): 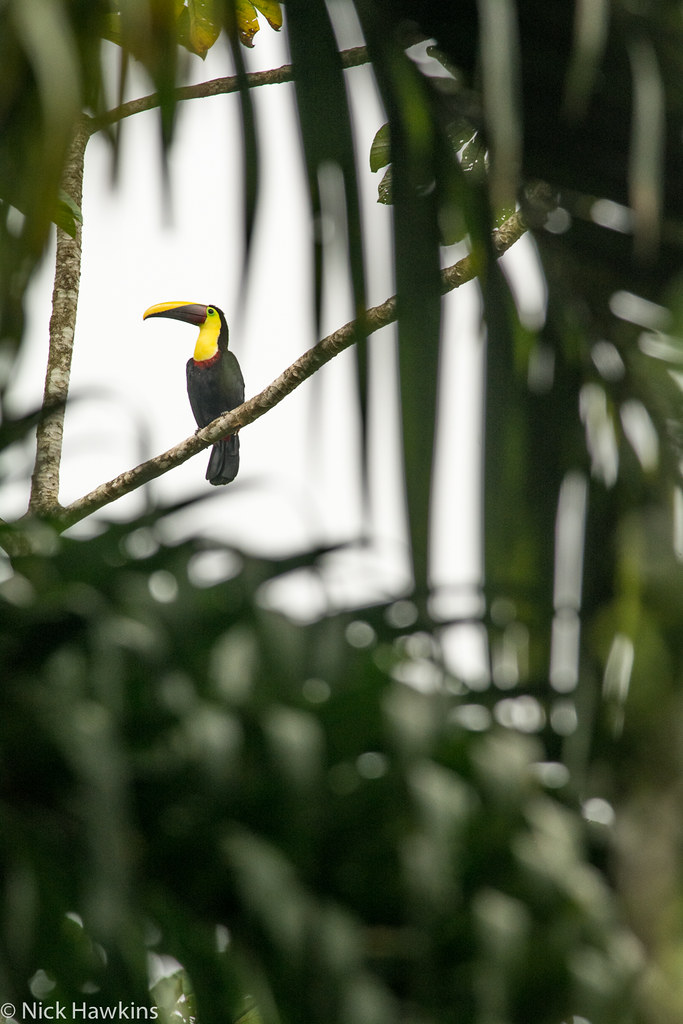