Tune in to GWC's Facebook page Friday, July 10, at 4 p.m. ET for a live interview with Trevor and Costa Rican conservation biologist Priscilla Palavicini about their search for the lost Golden Toad

In 1989, the last Golden Toad on the Brillante trail was witnessed in the misty cloud forest above Monteverde, Costa Rica. In the past, local residents and visiting biologists had observed thousands of the luminous orange amphibians, but their populations crashed over the span of a few years, and, since the toads were found nowhere else but the ridge-line of the Monteverde highlands, the species was declared extinct in 2004, 15 years after its last confirmed sighting. It would become the first terrestrial extinction to be linked to climate change.

The Golden Toad (Incilius periglenes), which is among Global Wildlife Conservation’s most wanted lost amphibians, was a naturally secretive species, spending long months hidden underground and emerging only after the first rains of the wet season had swept the mountains. In small pools of rain that collected among the tangled roots of the elfin forest, the toads would mate and deposit eggs before disappearing again beneath the earth. During the dry El Niño years of the late ‘80s, some biologists wondered if the toads were simply sheltering underground, awaiting wetter conditions; but when the rains returned in the 1990s and no gleaming orange toads appeared, many Monteverde residents made their peace with the toad’s extinction. 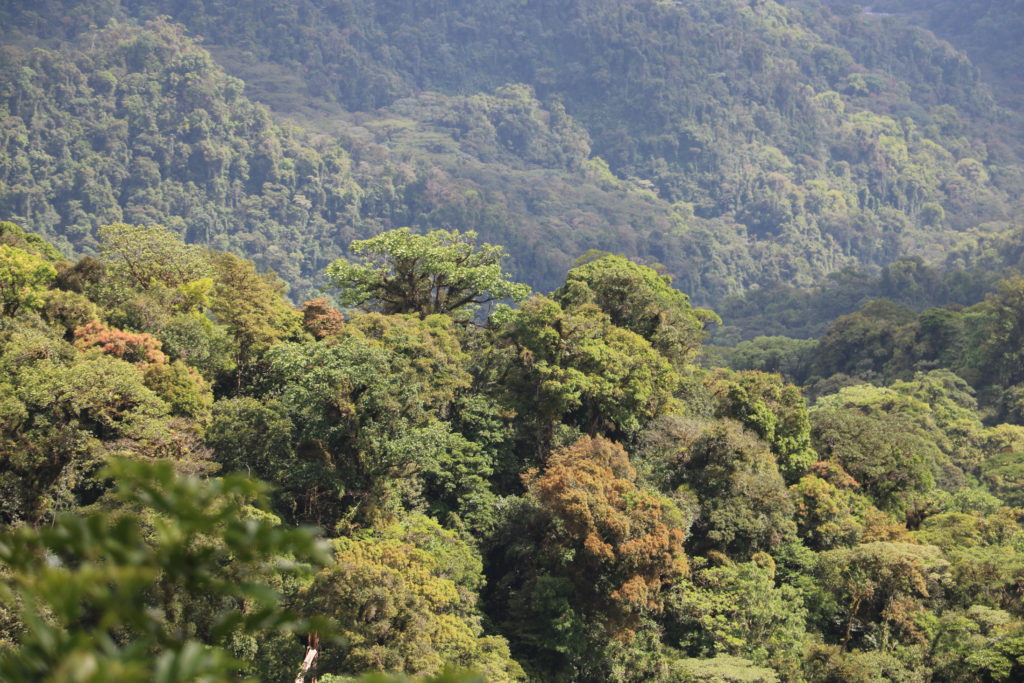 A canopy shot of Monteverde, the only place in the world the Golden Toad was found. (Photo by Trevor Ritland)

Others are not so certain. I spent one summer exploring the long-shuttered Brillante trail, on the hunt for any sign of the Golden Toad’s reemergence. I heard rumors of scattered sightings and unconfirmed encounters in the deeper reaches of the Children’s Eternal Rainforest — Costa Rica’s largest private reserve — which sits adjacent to the Monteverde Cloud Forest Preserve: the only spot in the world where Golden Toads were recorded living and breeding. There is one story in particular, told by a well-known farmer-turned-conservationist in Monteverde: a story of a hidden pool discovered two years after the last sighting on Brillante, full of males, females, and juvenile golden toads; a remnant population, beyond the reach — so far — of climate change, chytrid, and extinction.

I believe these stories.

In a lot of ways, Monteverde is a microcosm of the world. Its ecosystems are fragile — more fragile than they look — and will be among the first to feel the full force of climate change. For many of its residents, there is no opportunity for escape if their little world changes. Monteverde sits near the top of the continental divide; as the climate changes and the conditions shift, those highly specialized species will climb higher and higher up the mountain, but eventually there is no more mountain, and there is nowhere left to go. In Monteverde, we have the chance to look into our own potential future; someday we will all be at the mountain’s edge.

The long-shuttered Brillante trail once led biologists to hundreds of Golden Toads during breeding season. It has been 31 years since any confirmed scientific sighting of one of the toads. (Photo by Trevor Ritland)

But even more important than the possibility of the Golden Toad’s return is this: the local people — the biologists, the farmers, the old Quakers who traveled to those green hills long ago — have prepared a place for it to come back to. Some are motivated by the hope that it’s still out there; others are driven by the certainty of its extinction, committed to stopping the same fate from befalling the other local residents — the quetzals, the glass frogs, the endemic orchids that lay hidden like immortal pearls. But all of them are working together to preserve a place for it — in memory, or in hope of its return.

When I walked out of the Brillante trail for the last time that summer, I wondered if I was any closer to the Golden Toad than I’d been at the beginning. I don’t know for sure if it’s still out there, but I hope it is. As the thread unspools and the world continues to change, it is hard to know what to expect for the Golden Toad, for Monteverde, and for the world. 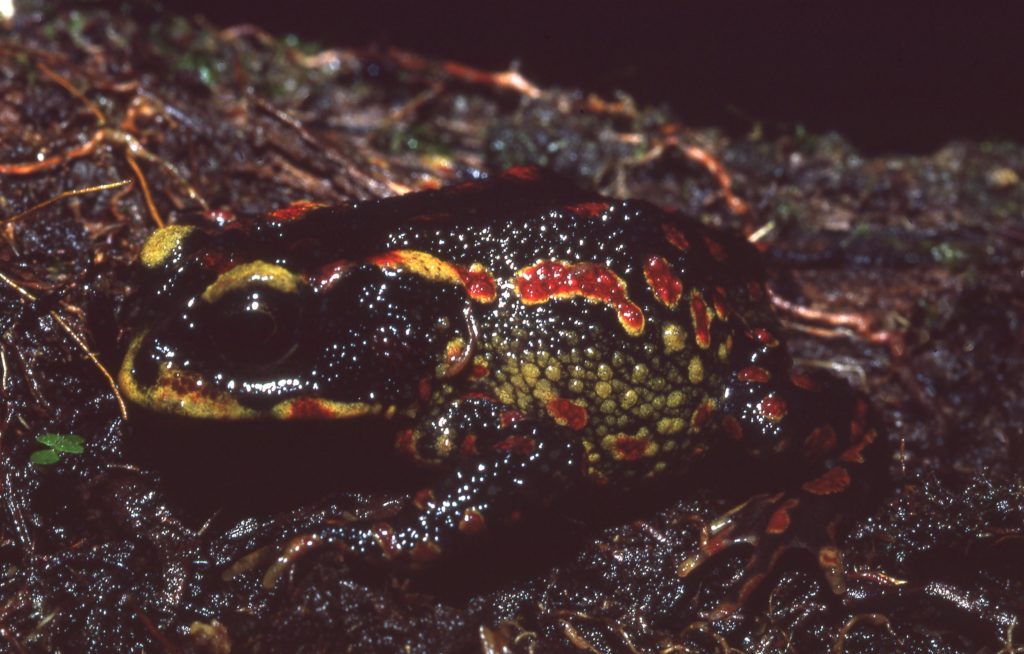 Female Golden Toads had a distinctly different coloration compared to the males. (Photo by Martha Crump)

But the wind will still be sweeping up from the Atlantic slope, twisting the trees on the Brillante into crooked forms, molding the land into a woody tunnel through the dark. The residents of Monteverde will still be working to protect their little patch of planet — planting trees, preserving forest, and teaching the next generation about the Golden Toad: their own talisman of a world in continual evolution.

And I will still be searching.

Watch the full-length documentary, "El Dorado: The Search for the Golden Toad," from Adventure Term, at www.adventureterm.com/the-search-for-the-golden-toad

After two years in the cloud forest, Trevor Ritland returned to the United States to form Adventure Term, a nonprofit initiative training the next generation of creative environmental storytellers. He is still looking for the Golden Toad. You can read more about Trevor’s search in an upcoming issue of Orion magazine, or watch the full-length documentary from Adventure Term here: www.adventureterm.com/the-search-for-the-golden-toad.