An Extraordinary Encounter With The Rare Javan Rhino 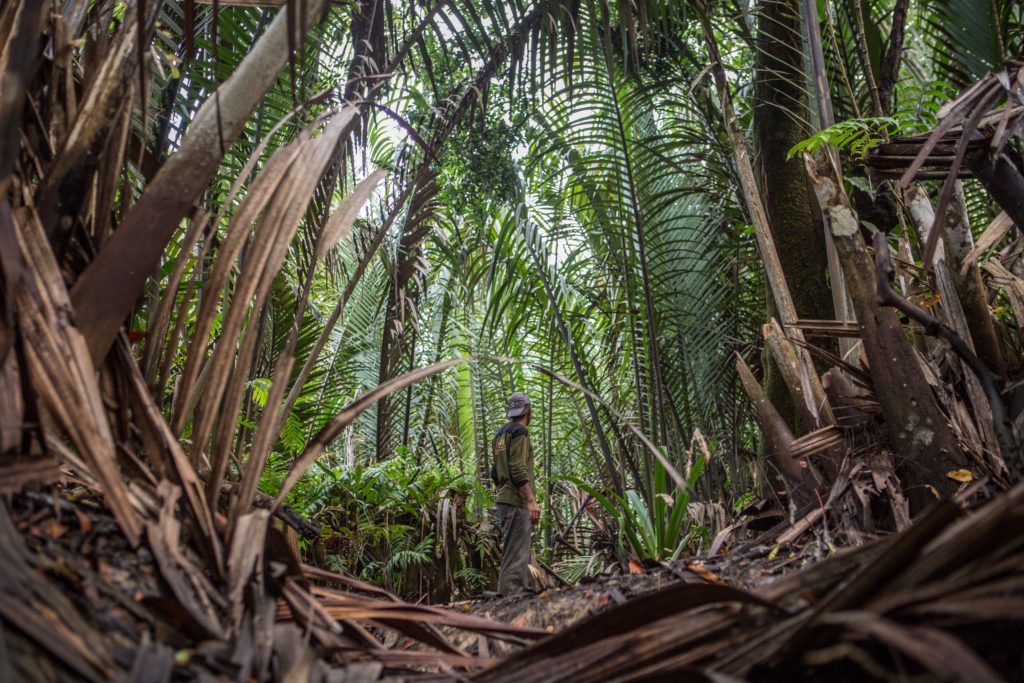 Investigating crashing sounds heard from the river in the hopes of catching a glimpse of one of the 68 Javan Rhinos living in Ujung Kulon National Park.

In my career as a conservation biologist and photographer, there are just a few moments so charged that they will stay with me forever. Being in the presence of a wild Javan Rhino is one.

When I was invited to join a donor trip to Ujung Kulon National Park, I didn’t skip a beat. What better chance would I have of seeing one of the rarest and most elusive large animals on Earth than with some of the leading experts on the animal? 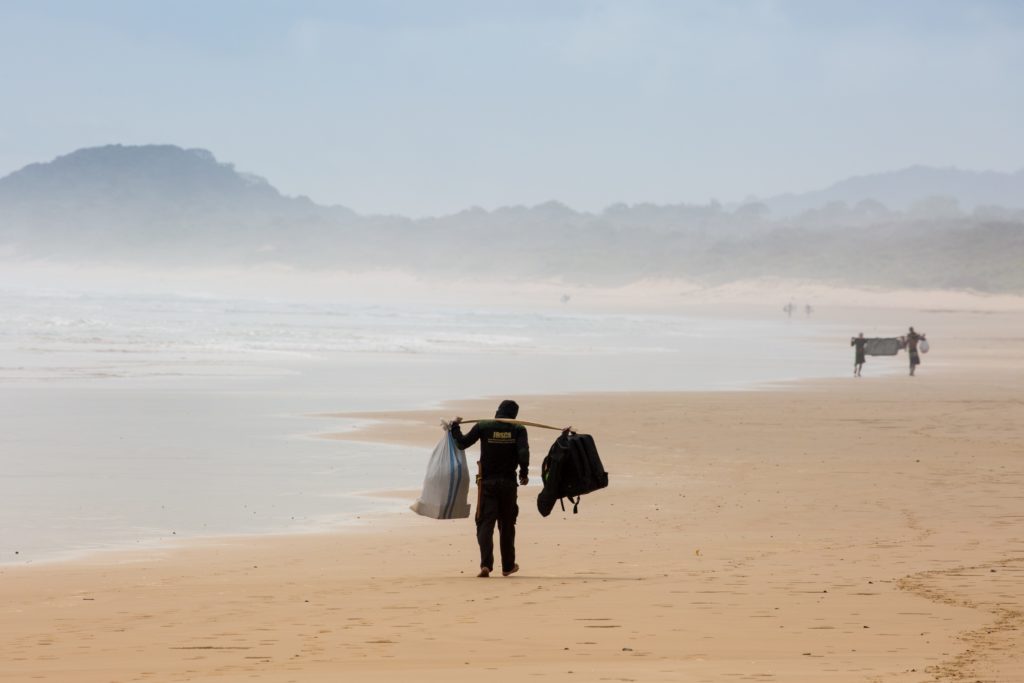 Getting to base camp involved a couple of flights, a day’s drive, a boat ride and a six-hour hike through forest and along vast stretches of wind-whipped coastline.

We hung our hammocks and set up a base camp deep inside Ujung Kulon National Park to search for the Javan Rhino,  alternating daily between paddling slowly up rivers and sitting silently on a platform perched above a mud wallow. We split into two teams to increase our chances of a sighting – with GWC’s Barney Long and WWF’s Sunarto in one team, and me and David Hermanjaya, a young videographer with WWF Indonesia, in the other. 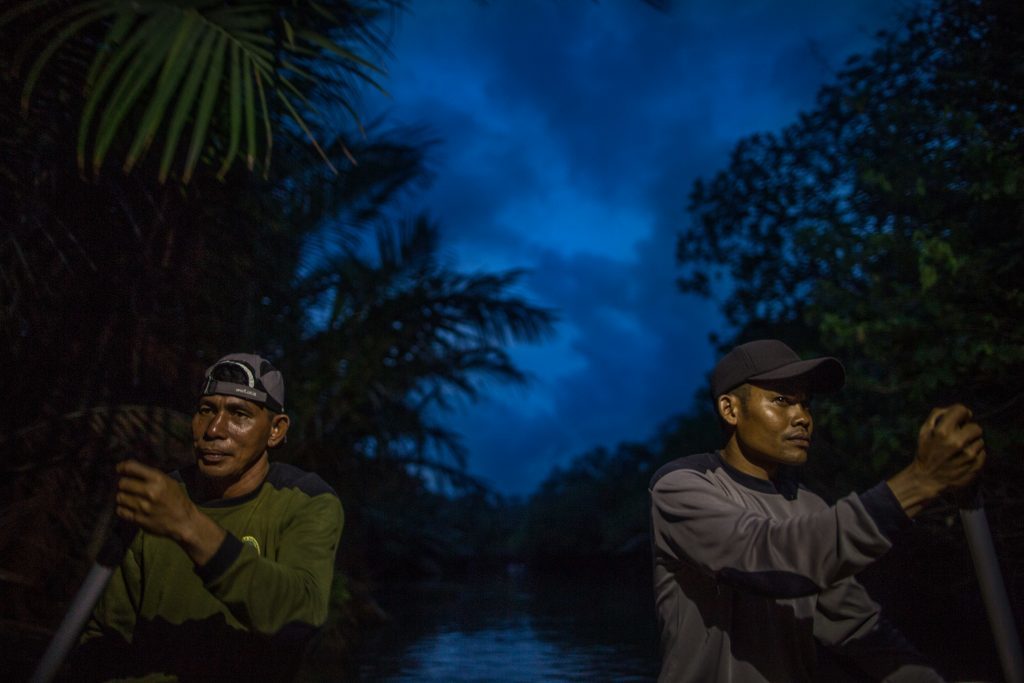 The Javan Rhino is active both during the day and night. We began our searches under the cloak of darkness and kept going until night had fallen, resting only in the heat of midday, to increase our chances of seeing an animal.

The first few days of searching were an exercise in patience. We rose each day at 4 a.m. full of an enthusiasm and optimism that waned with the evening light as we resigned ourselves to the realization that today was, once again, not the day. Evidence of the presence of rhinos, in the form of footprints and mudslides where they had entered and left the river, taunted us as we moved up and down the river. The occasional crashing sound invited us to scale the banks and explore the forest, but each time the rhinos eluded us. 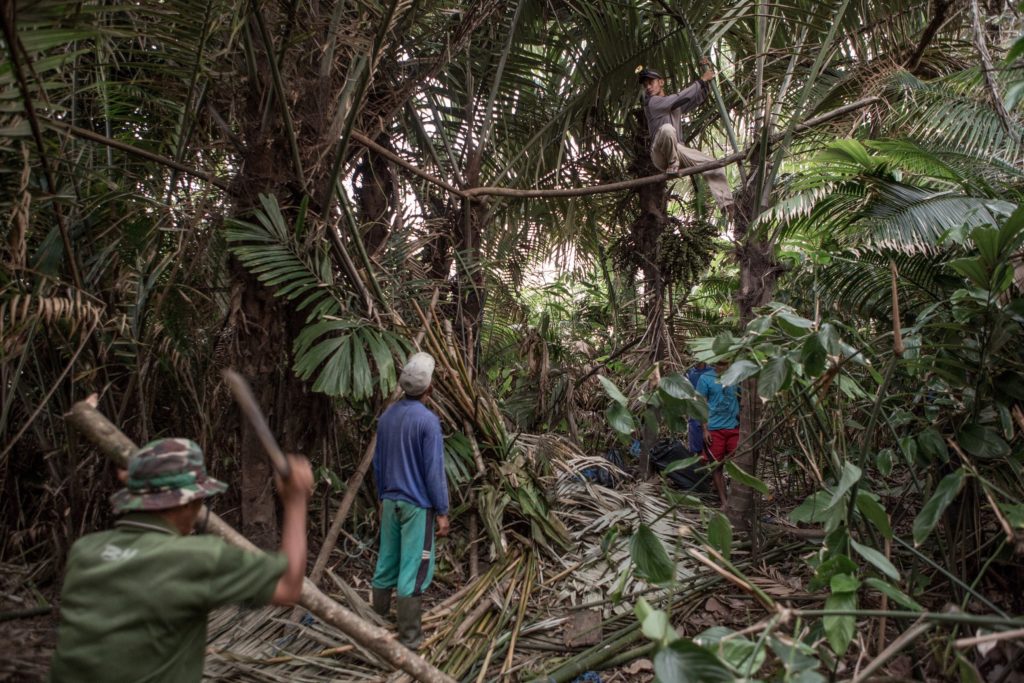 Breaking down the platform on which we spent multiple nights waiting for the Javan Rhino.

Our first big break came on the third night, when Barney and Sunarto were treated to the sight of a Javan Rhino from the viewing platform. It was a brief sighting, and the light was not enough for them to capture any photos or video, but it was an encounter that, as Barney described later “will be etched in my memory bank until the day I die.” It was enough to buoy spirits in camp and call the trip a success.

That night, it was David and my turn on the platform, and we climbed the rickety ladder with renewed enthusiasm to spend the afternoon and night up there (once up we could not descend, even for bathroom breaks, until the following morning, as the rhinos have a keen sense of smell and could be scared off). We spoke in hushed voices, keeping one ear to the forest. And then, as the afternoon light was fading, a loud crash erupted close to the platform. We froze, and waited, desperately willing the animal to emerge.

Seconds later, a rhino appeared from the tangle of vegetation and slunk into the mud wallow behind a clump of bamboo. I have never before experienced a feeling of being unable to press the shutter on my camera, paralyzed by the gravity of a moment, but that is what I felt as I stared in disbelief at this incredible creature in front of me. Adrenaline coursed through me, and I began to gauge the risks of scaring off the rhino with even the slightest movement or sound.

Eventually, when the moment felt right, I closed the shutter. 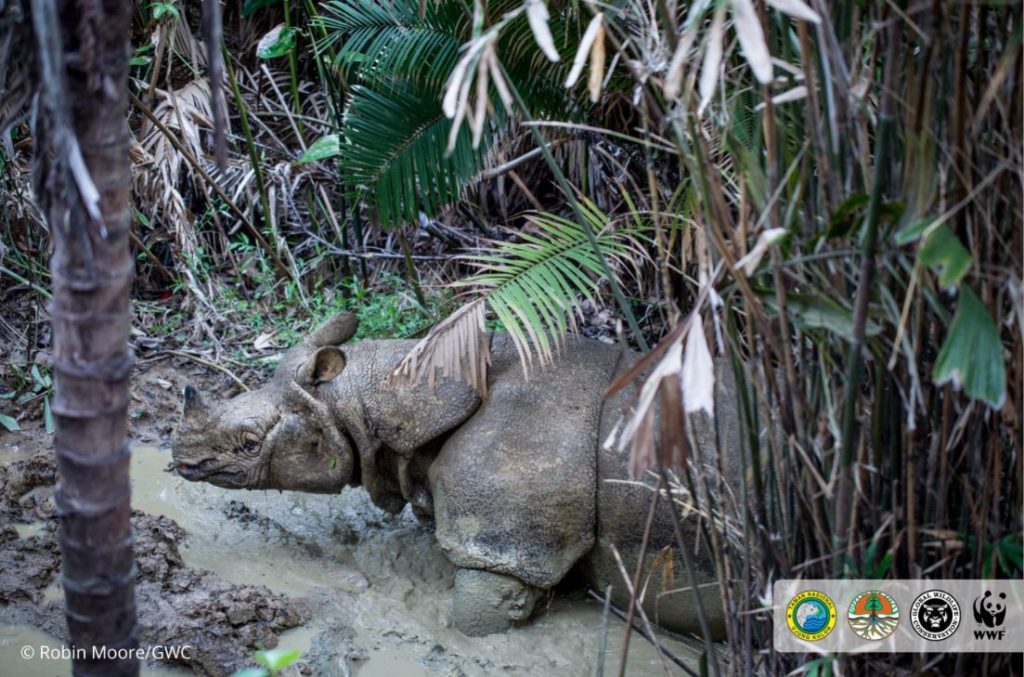 The following scene could have unfolded over two minutes or 10—as time froze and expanded at the same time in this heightened moment, I honestly couldn’t say how long it lasted. The rhino moved through the muddy wallow, gifting us with the first images—both still and moving—of this behavior, and David and I turned to one another at the same moment and high-fived in what seemed like the only appropriate reaction. The rhino then turned, pulled himself out of the wallow, and ambled in our direction. In a brief moment he stopped, angled his head up, and made eye contact with me from just a few meters away, before turning and disappearing into the forest.

It was the last any of us saw of the Javan Rhino. We spent another five days searching in the hopes of seeing another, but it didn’t really matter that we didn’t catch another glimpse, as each of us was going home with a Javan Rhino encounter that we would never forget. 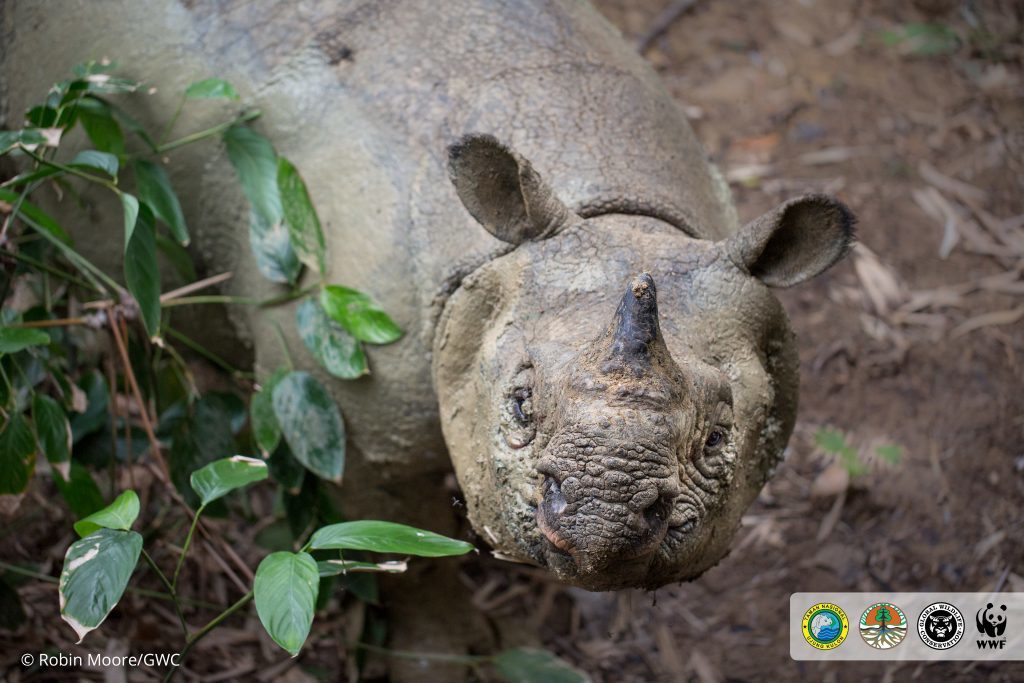