Against the Odds: Panama’s Lost Frogs Cling to Life in Chytrid’s Wake

Hope can arrive in all different shapes and sizes. For biologists Dr. Cori Richards-Zawacki and Dr. Jamie Voyles, in 2012 hope came in the shape of a small black and golden frog sitting atop a mossy boulder, a species that had become so rare over the previous decade that scientists feared that it had vanished from Panama entirely.

Richards-Zawacki and Voyles never gave up hope that small remnant populations of this species — the Variable Harlequin Frog (Atelopus varius) — and others that had been decimated throughout the Neotropics by the deadly pathogen chytridiomycosis (chytrid), might still be holding on. That rediscovery of the Variable Harlequin Frog launched Richards-Zawacki and Voyles on a quest over the next few years that resulted in confirmation that eight additional Panamanian frog species hit hardest by chytrid were somehow surviving. This work culminated recently in the release of a much-anticipated study that finds that though the pathogen has not changed, the frogs have started to evolve better defenses against it. 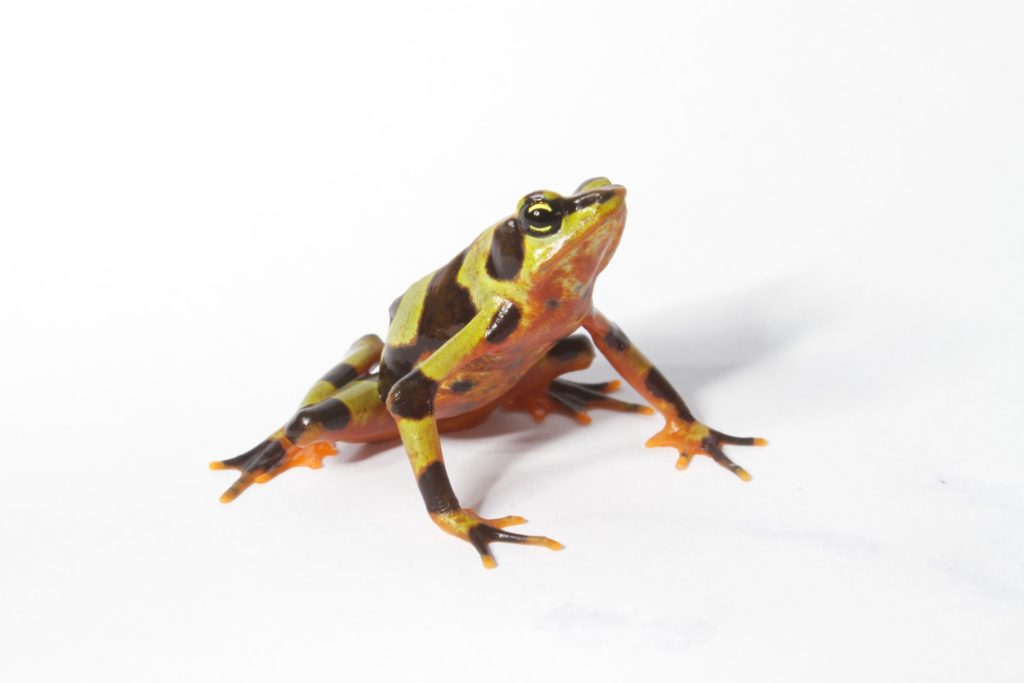 Although the species that Richards-Zawacki and Voyles rediscovered don’t quite fit Global Wildlife Conservation’s Search for Lost Species’ criteria for “lost” (many of these species were presumed extirpated in Panama, but still holding on — barely — in other range countries), the biologists’ determination is a testament to the vital research and conservation action that can result when scientists refuse to give up on those species that others have declared hopeless cases. It is also powerful cause for hope that an expedition to find one of the Search for Lost Species’ top 25 “most wanted” lost species, the Scarlet Harlequin Frog, may yield similar results.

“We had heard one too many times that these frogs were gone, but we hadn’t heard of anyone actually going out there and looking for them,” Richards-Zawacki says. “It’s certainly no small task because these frogs live in the mountainous parts of these subtropical and tropical regions — places that are very hard to get to. But we knew we had to make the effort to get out there, or we would never truly know if the worst had happened. 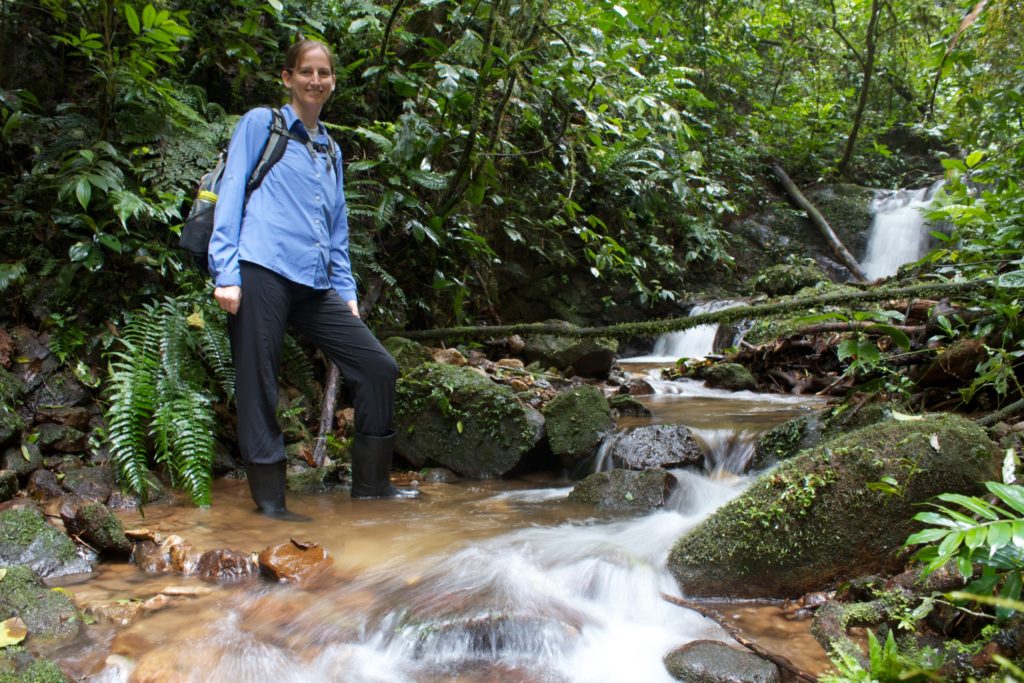 The Fight for a Future

In March of this year, Voyles received a heartening message from the father of a local Panamanian family that has been helping with surveys of one population of the Variable Harlequin Frog in El Copé: a photo of the same individual frog that the biologists had spotted with the family’s help in 2013, still alive in 2018.

“Not only are these frogs as a population limping along and doing okay, but individuals are surviving in this chytrid-environment for many years,” Richards-Zawacki says. “That has really surprised us.”

According to the study, published in Science March 30, some of the frog species that were once more susceptible to chytrid have developed better defenses to fight the disease. Scientists aren’t sure whether those defenses are related to a change in the antimicrobial peptides in their mucus, the bacterial communities on the frogs’ skin, or the “turning on” of specific genes related to the animals’ immune systems. Whatever the mechanism, they suspect that this is natural selection at its strongest — some variation probably already existed in the populations that gave some of the animals a way to survive, and those are the individuals that went on to breed.

Although this is certainly a cause for celebration, the paper’s authors warn that these species still face a great threat and are not yet firmly on the road to recovery. In addition, the researchers have found these species in very small numbers and have evidence of only nine of the 47 species in Panama’s El Copé that have seemingly all but vanished as the result of chytrid, or that the IUCN Red List of Threatened Species has classified as Data Deficient. 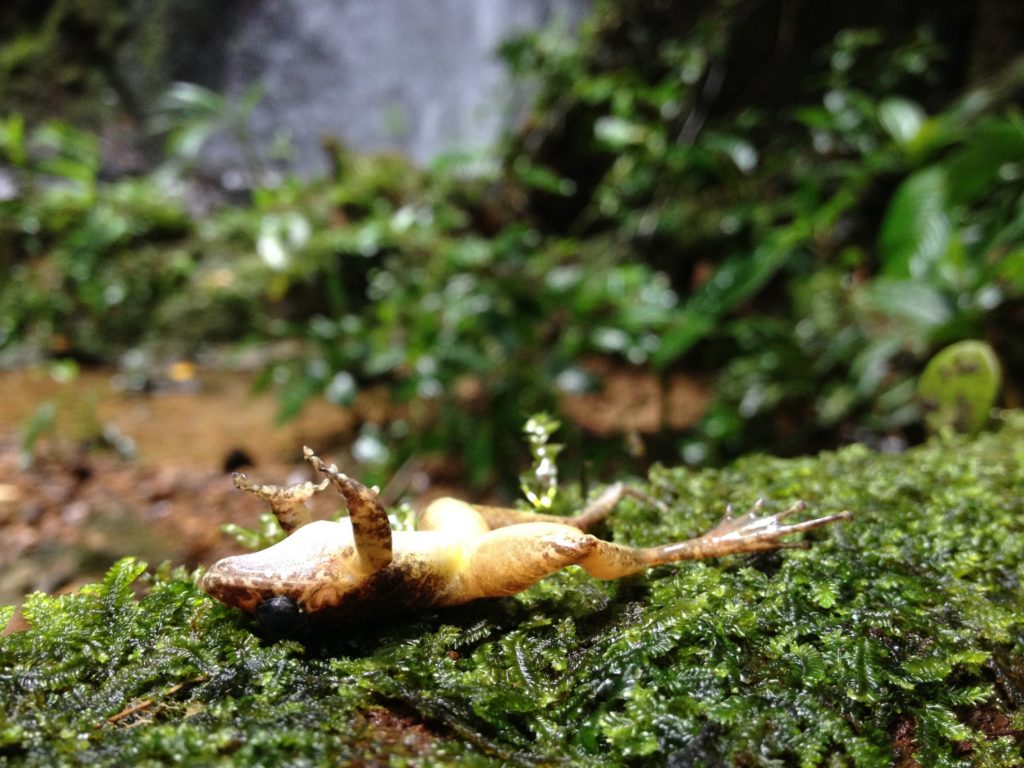 The deadly amphibian pathogen chytridiomycosis has wiped out frogs in the Neotropics, Australia and the Western United States since the 1980s. (Photo by Jamie Voyles)

“It’s not the case that everything is back to normal in Panama,” Voyles says. “If anything, this really underscores the importance of continuing to monitor areas where we thought amphibians had disappeared so we understand how things move forward from here. And the need to conserve these species’ habitats is vital to ensure that they truly have a second chance.”

Although the new study has helped answer many previous questions, according to Voyles, there are even more questions now than before the team started its work.

“There are so many different questions to pursue, including why, exactly these frogs have been able to resist chytrid,” Voyles says. “What we’re looking at is probably only one piece of a pretty complex puzzle. We have some amazing collaborators who are already on it, looking at the genetics of the frogs, figuring out how we’re going to maintain a monitoring program for these different populations, better understanding why some of these species are doing better than others, even getting a sense of the seasonal dynamics of the infection patterns.” 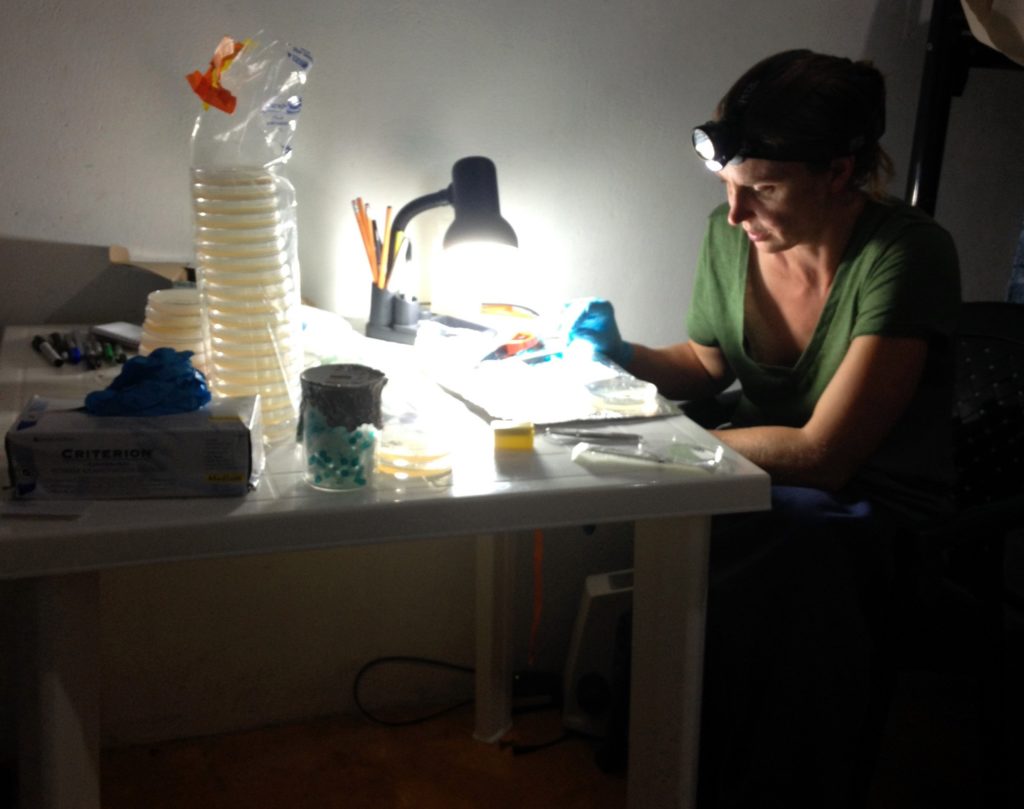 They are also planning to use environmental DNA techniques to help monitor these species — and look for others still considered missing — in Panama’s wilds. They’ve already successfully used this tool for harlequin frogs in the area. “We’re happy to have any tools that will help us find these little needles in a haystack,” Richards-Zawacki says.

The paper’s authors are also hoping that these insights will help researchers studying infectious diseases in other wildlife species, such as white-nose syndrome in bats. The severity of many diseases seems to subside and together these groups may be able to determine the mechanisms of how that works, Voyles says.

Today Richards-Zawacki and Voyles’ lives look different than they did when they were doing fieldwork in Panama for their graduate studies, Richards-Zawacki on golden frogs (including the Variable Harlequin Frog and Panamanian Golden Frog) and Voyles on emerging wildlife diseases. They spend less time in the field — Richards-Zawacki is associate professor at the University of Pittsburgh and Voyles is assistant professor at the University of Nevada, Reno — and are grateful to their paper co-authors and lab mates who have helped collect the data, picking up where they left off in the field. 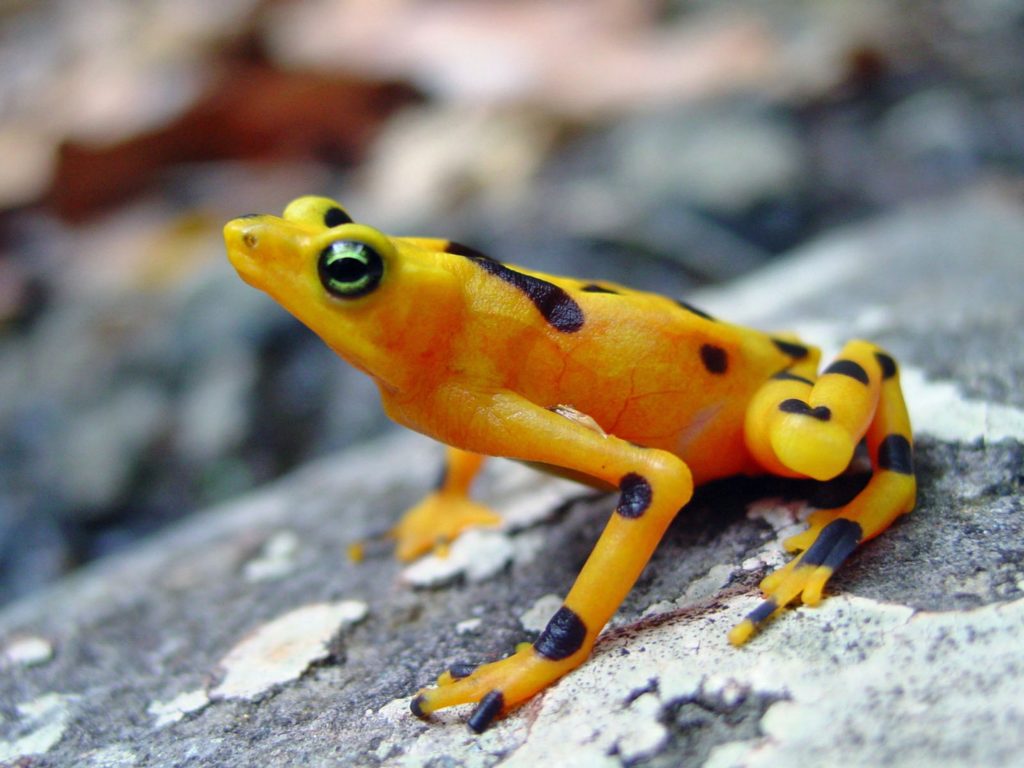 The striking Panamanian Golden Frog is the sister species to the Variable Harlequin Frog and biologists believe it is likely extinct in the wild, though Voyles and Richards-Zawacki aren’t giving up hope. (Photo by Cori Richards-Zawacki)

But one thing remains the same: Neither have given up hope on any of the other species presumed extirpated in Panama or extinct in the wild, including the country’s national animal, the Panamanian Golden Frog (Atelopus zeteki), the sister species to the Variable Harlequin Frog. Which brings the two back to that moment of rediscovery in 2012.

“We were overjoyed,” Voyles and Richards-Zawacki write in the blog of the Panamanian Amphibian Rescue and Conservation Project. “One small frog in the wild suggests that there are at least some surviving populations out there. And if there is even one small population holding on, there is hope — not just for that population, or even for the species, but for the whole genus. Having evidence to support that hope, in the form of that single, small and beautiful frog, is something even better than holding a winning lottery ticket with his picture on it.”