In recent years, amphibian researcher Ignacio De la Riva has been nervous to answer his phone. He’s been afraid to get the worst kind of news for a man who has had a life-long love for and undying commitment to some of Bolivia’s most unique frogs: that Romeo, the last-known Sehuencas Water Frog, had died—and his entire species with him.

Instead, on January 15, a very different headline flashed across De la Riva’s computer, promptly upending the dread and pessimism that had crept into De la Riva’s professional life since watching one frog species after another vanish in Bolivia—and failing to find Sehuencas Water Frogs himself on expeditions in recent years. 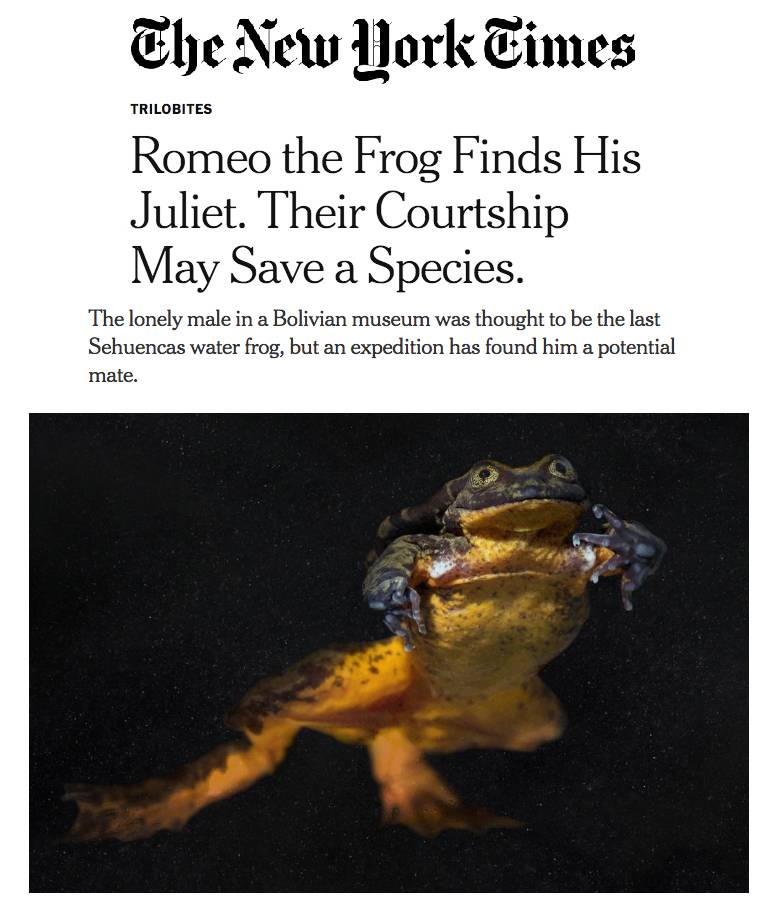 Romeo and Juliet's romance has made headlines around the world.

“A colleague in Peru had posted on Facebook the news that a new population of the Sehuencas Water Frog had been discovered and that the Museo de Historia Natural Alcide d’Orbigny had collected a Juliet for Romeo,” says De la Riva, who today is a researcher at the National Museum of Natural Sciences in Madrid. “I couldn’t believe it. I was so excited that I couldn’t sleep. I still cannot describe my tremendous joy and excitement. I suddenly had hope again, not just for this species, but all of Bolivia’s other frogs that haven’t been seen in years.”

For De la Riva, the loss of Romeo before the rediscovery of other Sehuencas Water Frogs would have packed an especially painful punch. On January 3, 1990, during a trip that made De la Riva and colleagues the first herpetologists to survey the cloud forests in Bolivia’s Sehuencas region, a big frog jumped into a nearby pool. He remembers the moment vividly.

“We were trekking through a luxurious, fantastical forest when one of my friends from Spain saw the frog jump into the pool,” De la Riva says. “We had a net in the car, so he ran to get the net. When he came back, he fell on his back on the slippery rocks and injured himself badly. But he still got the frog! It was big, beautiful, with an orange belly. As soon as I saw it, I knew it was something entirely new.” 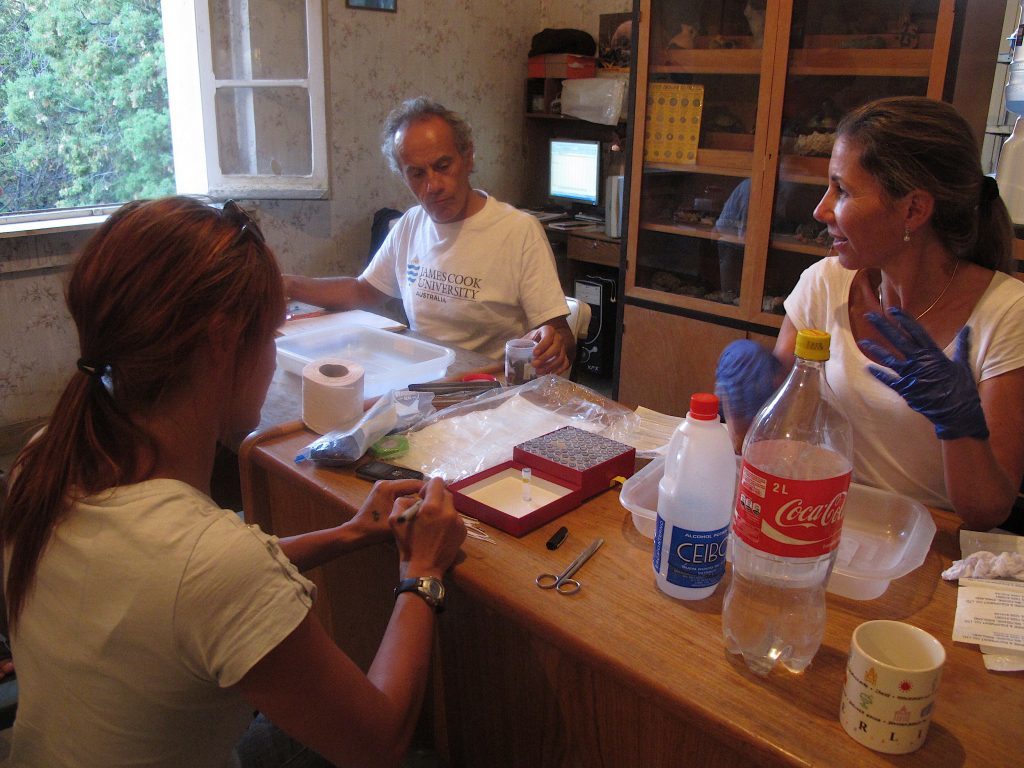 After that, it wasn’t hard to find others of the beautiful orange-bellied frog. Once, De la Riva says, he counted 86 individuals of the species in less than 1 kilometer of river. In 1994 De la Riva published a paper describing the species, naming it Telmatobius yuracare, the Sehuencas Water Frog, and is today credited with the discovery of the species.

Heartache in the Andean Highlands

The Sehuencas Water Frog is one of seven water frog species that De la Riva has discovered and described in Bolivia and Peru (and one of more than 70 frog species total he has described from the Americas and Africa). He was the first to discover some water frog species that live in streams and rivers in cloud forest. Some of the species, he says, were always abundant. Others were persistently rare. But in 1994, just four years after the discovery of the Sehuencas Water Frog, De la Riva noticed something particularly troubling the water frogs had in common: they had seemingly disappeared. 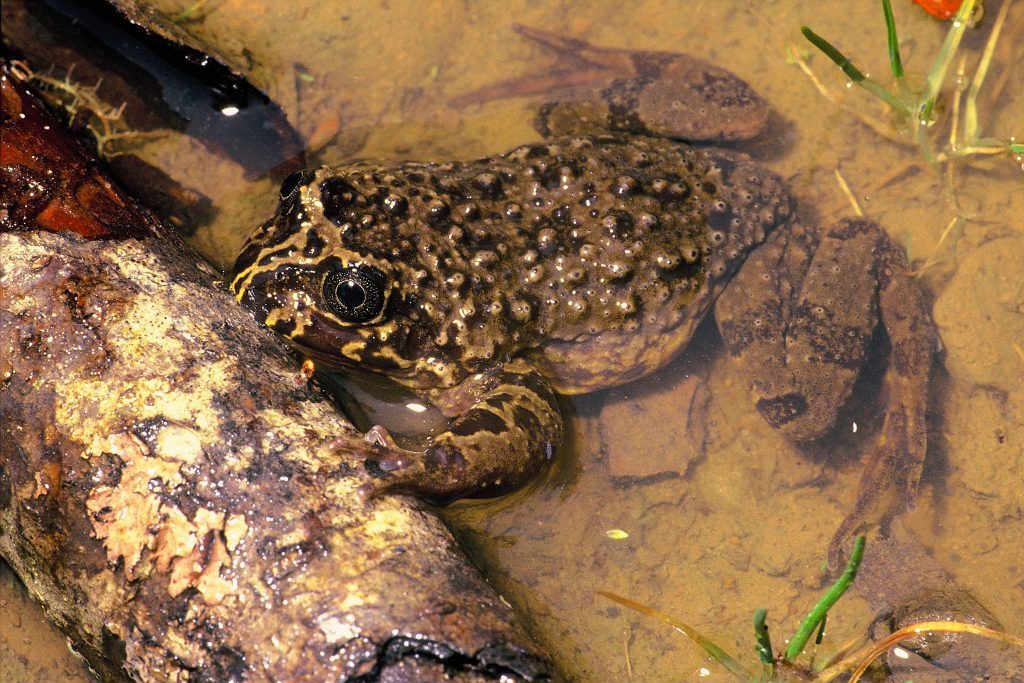 Telmatobius sibiricus is one of the seven other water frog species that De la Riva described. (Photo courtesy of Ignacio De la Riva)

“I went back in 1994 to where we had seen the 86 Sehuencas Water Frogs and there was nothing, no amphibian life,” De la Riva says. “No adults, no tadpoles. Nothing. At that time we couldn’t even guess what was going on. It’s very sad when a species goes extinct, but when it’s something you have discovered and described and followed for years, to see it disappear without knowing why is devastating.”

It wouldn’t be until years later that biologists would determine that a deadly amphibian pathogen causing chytridiomycosis had been spreading through the Neotropics, devastating frog species in its wake. De la Riva’s lab—which, working with Patricia Burrowes’ lab in Puerto Rico, continues to do extensive research on the disease—actually found the oldest record in the world of chytrid from 1863 in a Sehuencas Water Frog’s closely related species, the Titicaca Water Frog (Telmatobius culeus). Today, seven of Bolivia’s 15 known species of water frog are considered lost species—they haven’t been seen in at least a decade—in a large part due this pathogen. 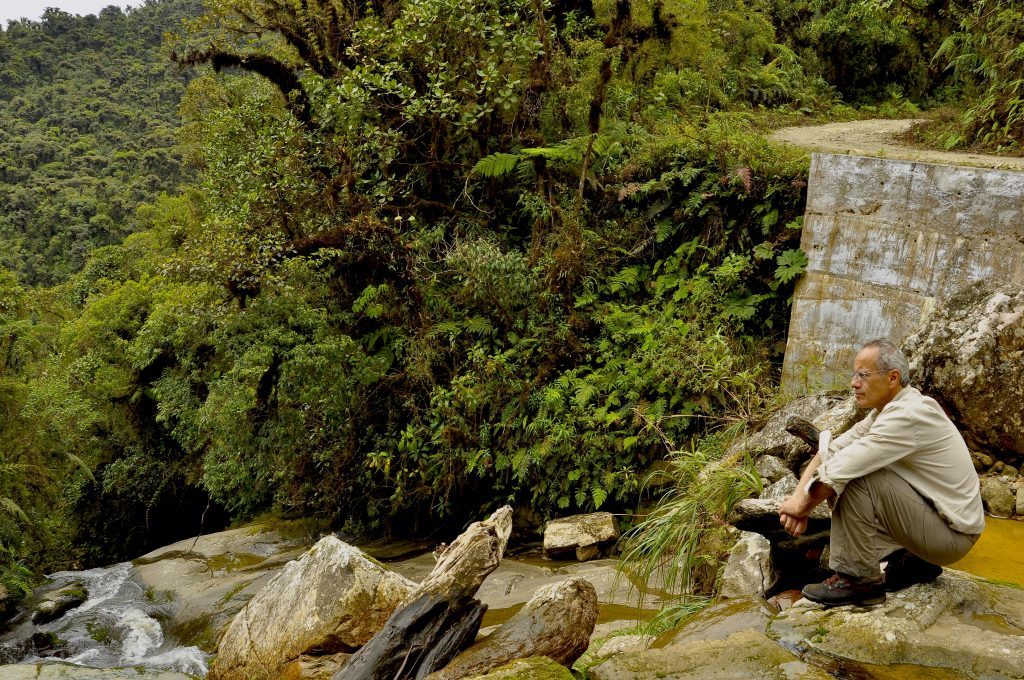 De la Riva returns in 2013 to the exact location where he discovered the Sehencas Water Frog, and looks down over habitat that has been destroyed since that discovery. (Photo by Patricia Burrowes)

Chytrid isn’t the only threat amphibians face in Bolivia, though. Deforestation, habitat destruction for agriculture, water pollution and invasive trout that eat frog eggs have all wreaked a similar kind of havoc.

Romeo and Juliet have fans around the world, but in addition to De la Riva, one of RomJules’ other biggest fans is biologist Oliver Quinteros, who found and collected Romeo in the wild more than 10 years ago. At that time he was helping a friend with a project to determine the best conservation measures for Bolivia’s amphibians, which required months of surveying the amphibians in Carrasco National Park. 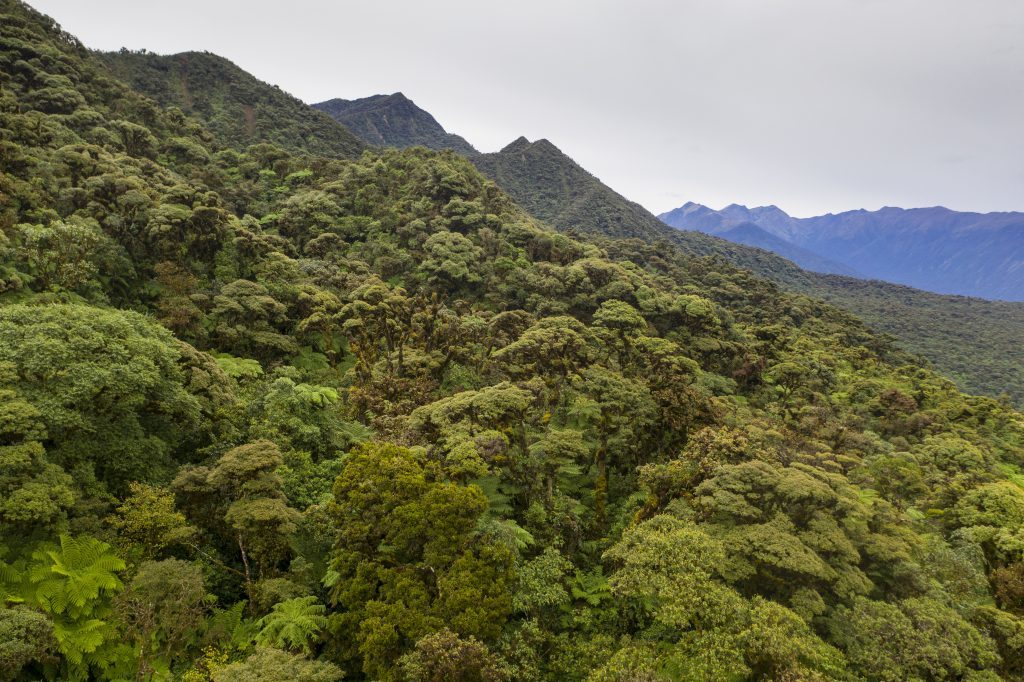 “We went out in November through February, which is the rainy season in Bolivia,” Quinteros says. “And for months it rained, but we found zero individuals. We were really surprised. We knew they had been vanishing, but we didn’t know to what extent.”

In February on that trip, the team suddenly had another surprise—what Quinteros describes as a “boom” of species. Even then they only found one Sehuencas Water Frog—our very own Romeo—and relocated him to the Museo de Historia Natural Alcide d’Orbigny, where he has lived alone for all of these years. Romeo and Juliet’s story is not only important for the future of their own species, but for Bolivia’s frogs more generally, Quinteros says. 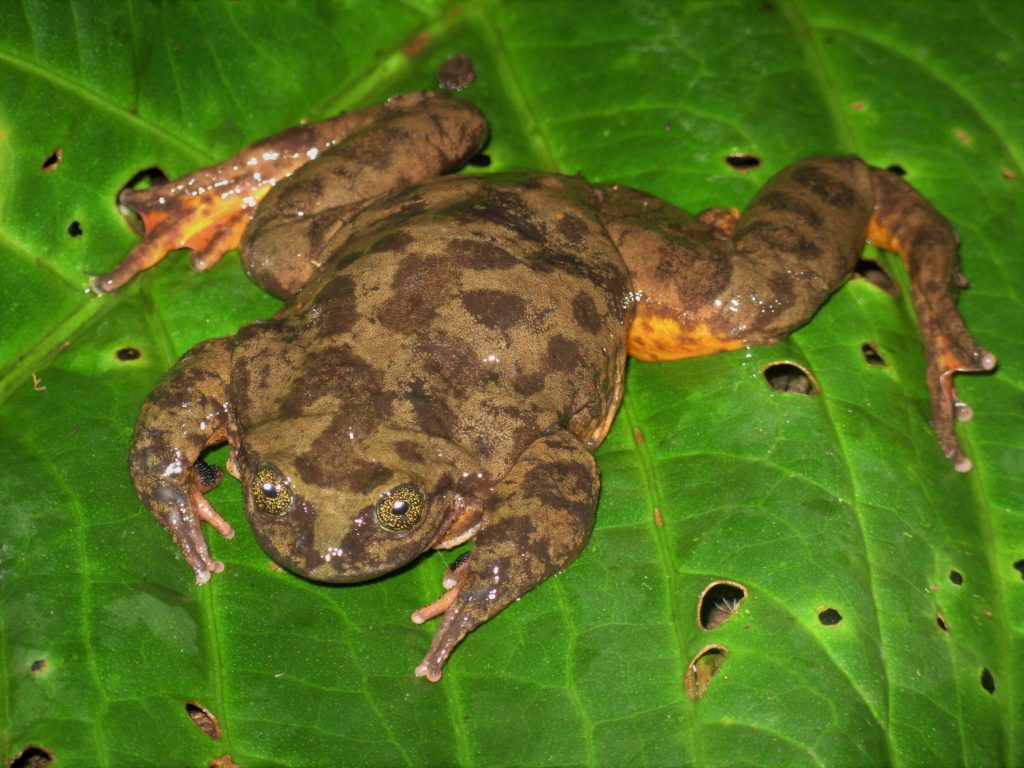 Romeo in the wild right before he was brought to the Museo de Historia Natural Alcide d’Orbigny. (Photo by Oliver Quinteros)

“Thanks to Romeo, people now know about this species, that it’s endangered and that there are biologists working to conserve it,” he says. “With Romeo as a flagship for conservation, Bolivians are learning that there are so many frog species here that are endangered and that haven’t been seen in years. Romeo is a national treasure and has brought much-needed attention to amphibian conservation in Bolivia.”

As for De la Riva, who has one of Joel Sartore’s photos of Juliet on his desktop as a symbol of the optimism he feels today, he’s hoping that Romeo’s progeny someday has a wild home to return to. For now, he’s just crossing his fingers for tadpoles.

“This is such a nice story,” he says. “I hope Romeo and Juliet will be able to have lots of tadpoles. It would be so beautiful if Romeo gets to be a father. It would be the perfect happy ending.”