Dr. Lina Valencia is no stranger to Global Wildlife Conservation. Since 2016 she has been a GWC associate conservation scientist, and this month she has joined GWC in a more official capacity as Colombia conservation officer. Lina is originally from Colombia and completed her Ph.D. at the University of Texas at Austin, where she focused on landscape connectivity for endangered primates in landscapes that have been modified by people. We caught up with Lina about her new role with GWC, her love for primates and what makes her home country so unique.

Q. How did you develop an interest in wildlife?

A. It is impossible not to be interested in wildlife when you grow up in a place like Colombia. Thanks to my parents, since I was young, I had the amazing opportunity to travel and go on holidays to some of the most biodiverse places in the world. I grew up hiking through the Amazon, watching humpback whales in the Pacific and camping in the Paramo, fostering in me an appreciate for all these amazing places I was experiencing and that were bringing me such joy. I believe having a passion for conservation is an empathetic response we all have when we realize how important for our well-being and harmony it is to protect the world we live in. Life on Earth is simply fascinating and we have the power to protect and halt its destruction. So why not try to understand the causes and consequences of this destruction and try to make our home a better place? 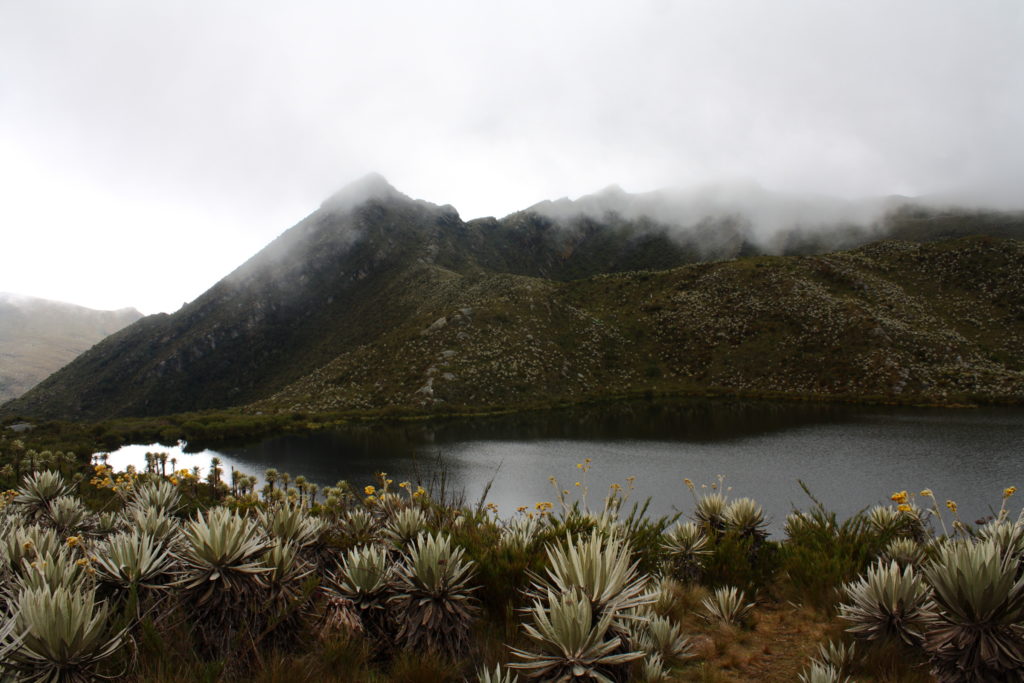 Q. What is your vision for GWC’s conservation work in Colombia? What species or habitats will you be focused on?

A. Colombia is one of the most megadiverse places on Earth, home to a high number of species that live nowhere else on the planet. Many of these amazing species, however, are under grave threat. Some of the most pressing issues these species face require a holistic approach that involves bringing together key organizations and stakeholders. My role is to identify and develop partnerships in Colombia to help implement effective conservation strategies and establish conservation programs and projects in the country. Luckily Colombia is not only home to different ecosystems and thousands of species, but also to talented, passionate, smart and effective individuals courageously working to protect the country’s megadiversity!

In my, role I will primarily be working with highly threatened species such as the Mountain Tapir and the harlequin toads in high-altitude ecosystems, such as cloud forest and paramo, including the Sierra Nevada de Santa Marta. GWC’s work in Colombia will result in the creation of long-term conservation solutions that benefit local and indigenous communities living in these places, the species that are under threat, and the planet as a whole.

A. Colombia is less than twice the size of Texas, but is home to about 56,500 species—more than 9,000 of which are unique to the country! Colombia has the highest number of species per area. This means that if you were to randomly pick one species of wildlife out of 10, chances are good that it can be found in Colombia. National Geographic once wrote: “If Earth’s biodiversity were a country, it could be called Colombia.”

Colombia has such amazing biodiversity because of the country’s diverse topography, which has resulted in different ecosystems. The country has six natural regions—Andean, Caribbean, Pacific, Orinoquia, Amazon and Insular—that are home to various ecosystems, from tropical rainforest to cloud forest, savannas to deserts, beaches to the unique high-altitude moorland or paramo. The Andes alone split into three mountain ranges within the country that are divided by deep valleys that have created islands of biodiversity and remarkable species that are unique to these areas. 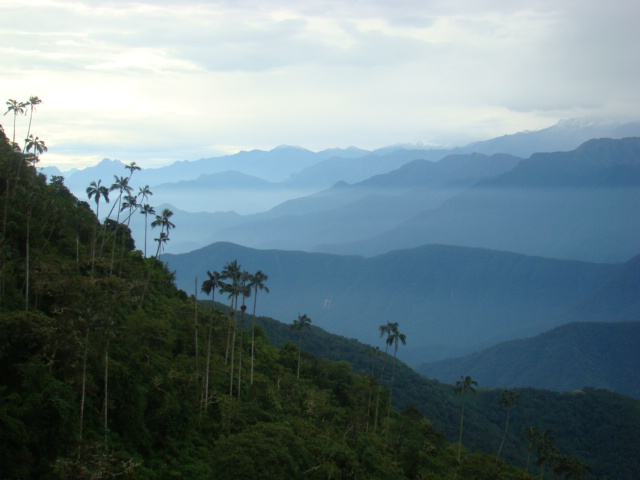 Q. What are some of the challenges you face in this work?

A. Colombia is going through a very interesting and challenging period. There is an unprecedented opportunity for conservation and sustainable development, but also increasing risks for drastic forest loss. The peace treaty signed with the left-wing FARC guerrilla group ending a civil war that lasted 52 years has opened the window for many conservationists and scientists to protect Colombia’s forests and wildlands while sustainably developing its natural resources. FARC groups were present in national parks, forest reserves and primary forests in rural parts of the country. Until now, these places were off-limits to scientists as well as settlers and developers. The post-conflict era has given us the opportunity to explore, rediscover, and further protect unknown wildlife and wildlands. However, it has also facilitated the development of economic projects and the advancement of the agricultural frontier, resulting in increased deforestation, unsustainable use of resources, and exploitation of some of the most pristine forests in the country. Between 2016 and 2017, deforestation rates increased by 23 percent.

Q. Why are you committed to GWC’s mission?

A. I identify completely with GWC’s core mission of protecting and conserving wild species and wild places by working closely with people and organizations. The idea of partnering with the superstars of the conservation world resonated with how I view conservation success. Every time I go to the field and talk with fellow Colombian biologists and conservationists I am amazed by the number of incredible individuals that are courageously working to protect the country’s megadiversity. It is imperative that international NGOs identify and partner with these individuals and organizations to facilitate their growth and assure the long-term conservation of the world we live in.

As someone who has been lucky enough to live between cultures, who understands both sides of the coin, I realized there are plenty of people like me back in Colombia, but few like me in the United States. GWC has allowed me to realize that “traditional” conservation can be done differently, and science, exploration, and partnerships, when combined with the ability to be nimble, are the key to success. 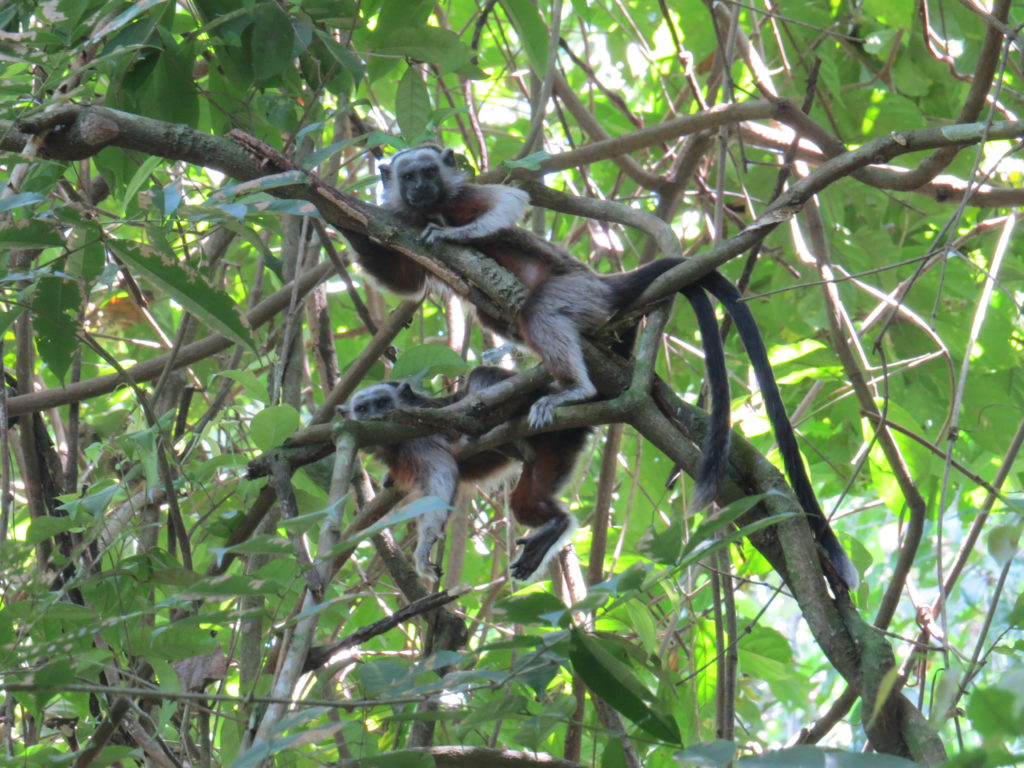 Q. What is your favorite species?

A. Primates are my favorite taxonomic group, and tamarins, spider monkeys, and chimpanzees are top of my list. Their mating and social systems are so special and unique that when I study them in the field I feel like I am watching a soap opera on my couch! It is impossible not to feel a special connection with these animals whose behavior so resembles our own everyday lives.