In 2003, conservationists created a first-of-its kind action plan to protect the Western Chimpanzee, a unique subspecies once widespread across West Africa. With human activities, like agriculture, forcing chimpanzees out of their habitats, and while the great apes were also being hunted and killed, it marked a crucial advance in helping conservationists to protect the species.

“The plan grew from an awareness that the numbers of chimpanzees in West Africa were plummeting due to a plethora of threats, and that addressing these threats would take a concerted effort and collaborations between many individuals focused on a common strategy,” explains Rebecca Kormos, senior associate at Global Wildlife Conservation, deputy vice chair for the IUCN SSC Primate Specialist Group Section on Great Apes, and lead editor of the 2003 plan.

But almost 20 years on, as the situation for Western Chimpanzees has become even more critical, conservationists have come up with a new strategy. The Primate Specialist Group recently published an updated action plan which delves deeper into the factors responsible for the species’ decline and included protection goals that encompass a wider range of fields than before. 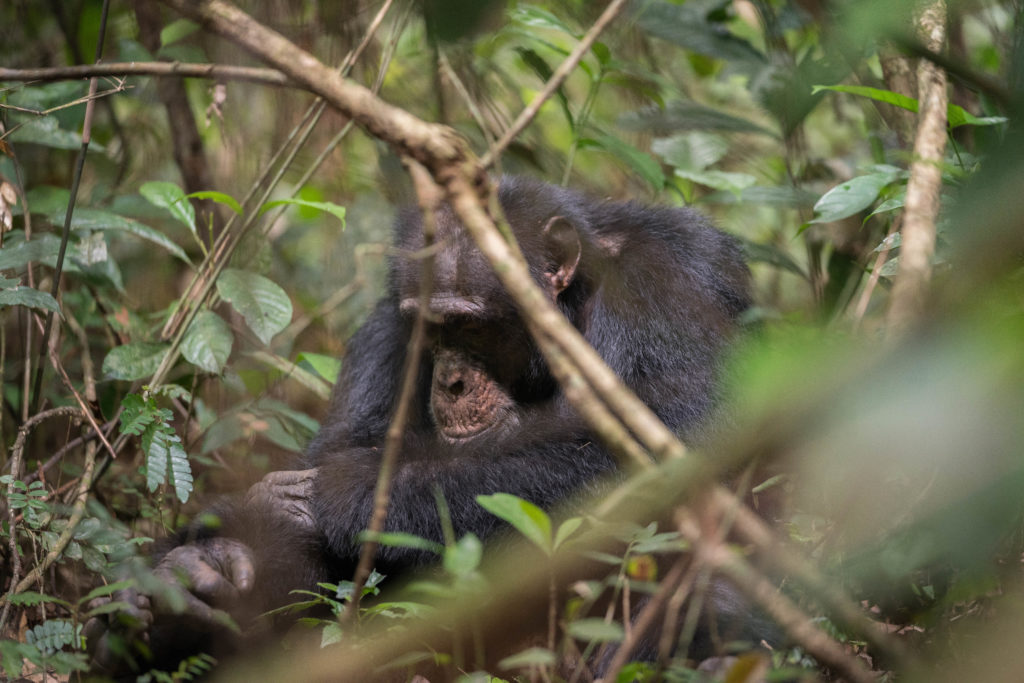 Of the four subspecies of the Common Chimpanzee, all of which are under threat, the status of the Western Chimpanzee is especially concerning. Found across a diverse range of West African landscapes, from the extreme dryness of the savanna to the wettest rainforests, chimpanzees once spanned 25 countries. This ecological flexibility has meant that distinct types of tool-use and culture have evolved among different populations.

“What is becoming increasingly evident is that chimpanzees are an exceptionally diverse species,” writes Erin Wessling, behavioral ecologist at Harvard University and regional coordinator of the newest Western Chimpanzee action plan, in an e-mail. “With every new population we study, we discover new aspects of their behavior and new solutions chimpanzees use to counteract the diverse problems they face. I think all this points to the fact that we have so much more to learn about Western Chimpanzees, and places so much more urgency on broadly protecting them: we must thwart population declines and crashes before we’ve lost the opportunity to even get a glimpse at the breadth of this incredible diversity.”

Western Chimpanzees now only exist in eight countries, with some estimates that there are only a handful of individuals left in Ghana. In Benin, Burkina Faso and Togo, Western Chimpanzees have already been extirpated. Their overall numbers have plummeted 80 percent to a mere 50,000 or so individuals--a devastating decrease in a short period of time between 1990 and 2014. In line with this, the IUCN recently updated the Western Chimpanzee from ‘Endangered’ to ‘Critically Endangered’ on its Red List of Threatened Species.

“Their rate of decline is quite alarming,” says Dirck Byler great ape conservation director at GWC and vice chair of the IUCN SSC Primate Specialist Group Section on Great Apes. “This action plan is more critical than ever…We’re watching the loss of chimpanzee populations before our very eyes.”

The huge drop in numbers is largely due to a combination of habitat loss, poaching and disease. Agricultural plantations for coffee and cocoa, and logging have led to large sections of forest being cleared, contributing to the 20 percent loss in range of the species in just eight years. Western Chimpanzees are also trafficked, poached for bushmeat, or get caught up indirectly in the poaching efforts of other species, such as antelope. Because of the close proximity of many chimpanzee populations to human settlements and their remarkable genetic similarity to humans, there’s a high risk of chimpanzees catching diseases like Ebola that could prove fatal. And though there have not been any confirmed cases of great apes contracting COVID-19, it’s a new threat.

“It’s probably a matter of when, not if,” warns Byler.

In recent years, hydroelectric dams, infrastructure development, and extractive industries such as mining have been picking up speed, further slashing the species’ chances of survival. The compounded pressure of poaching, disease, and human development has made it clear that these primates face an uncertain future.

The new action plan lays out goals for protecting the species over the following decade, highlighting nine different strategies. It features input from over 60 primate experts and stakeholders and was put together after an intense four-day workshop in Liberia to assess the Western Chimpanzee’s situation and decide on suitable actions.

“This workshop was very important because it made it possible to capitalize on the knowledge acquired over several years of study and to update the [2003] plan, which was inadequate in the current context,” says Papa Ibnou Ndiaye, a biologist at Cheikh Anta Diop University in Senegal, who participated in the workshop and contributed to the latest plan. 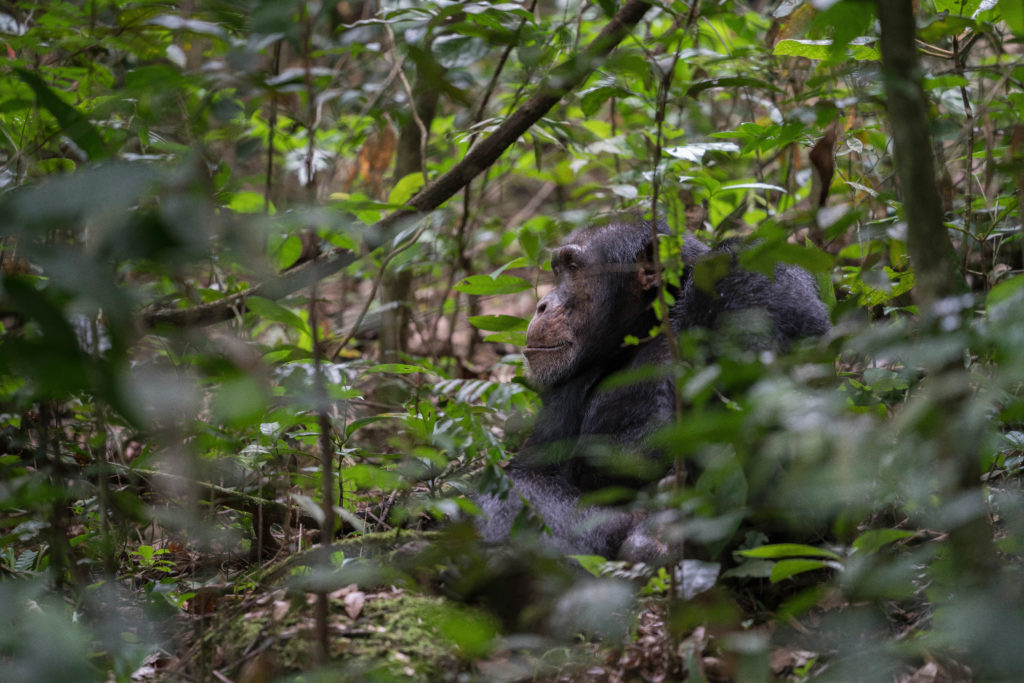 Some of the strategies in the plan will look at more indirect aspects behind the Western Chimpanzee’s decline, as well as incorporate traditional conservation practices, such as homing in on effective protected areas and building on scientific data needed to inform conservation plans. Exploring different financing options, for example, could make conservation efforts more sustainable, while developing holistic and comprehensive policies and legislation will finally mean that activities that threaten the species can be properly regulated.

“Laws and protected areas dedicated to protecting this subspecies haven’t been as effective as we need them to be,” says Wessling. “[M]any of the actions in the last plan were not realized--not because they would not be impactful, not because they weren’t relevant--but because we failed to ensure that the scaffolding needed to make those actions effective were put in place.”

To get to a point where the Western Chimpanzee’s decline is not only halted, but the species is once again thriving, conservationists will have to think about the broader systems involving chimpanzees.

“It’s looking beyond just the idea of identifying priority areas for chimps, but also looking at thematic issues that we need to address, whether it’s national policy and legal frameworks, or environmental impact assessments that recognize the importance of chimpanzees…which hasn’t necessarily been the case in the past,” says Byler.

One recent breakthrough marks just one of the steps needed to secure effective and comprehensive legal protection for the species, giving conservationists and biologists a seat at the table in crucial discussions. A new clause has been added to the lending guidelines of some finance institutions, which give out loans to companies to carry out their extractive projects. That small but important change means that the Primate Specialist Group now has a say in how some of the biggest drivers of chimpanzee decline in West Africa can mitigate their impact.

“Because they have to consult with us, we can provide advice and ideas as to how they can improve their practices, and then in the future hold them accountable for what they’ve agreed to do,” says Byler. “This is a game changer in terms of how we work with extractive industries.”

These increased collaborations--not only with companies, but government and wildlife departments too--will be significant developments that complement and build on previous efforts to save the Western Chimpanzee. With an increased focus on cooperation and coordination of laws, and by factoring in less obvious elements at both regional and national levels, there’s new hope that this action plan will give Western Chimpanzees a fighting chance of coming back from the brink.