In the dense bamboo, palm and rattan jungle, a browsing rhino can be heard some distance away. From our rickety viewing platform a few meters from a wallow, we listened intently as the crashes and snaps passed us by then started coming slowly toward us. The light was fading when, through the mess of vegetation about 40 meters away, the head of a Javan Rhino appeared. As soon as it appeared it disappeared back into the bush, but it continued to move toward us.

Facing the possibility of seeing one of the rarest animals on planet Earth up close, my heart was beating so loudly I was worried the rhino would hear it! Having worked on the species for more than a decade and been part of the team that documented the extinction of the species from Vietnam in 2010, the thought of seeing a live, wild, Javan Rhino was incredible. Trying to stay calm—and still—with so much adrenalin pumping through your body is a strange experience many a wildlife biologist will be familiar with. 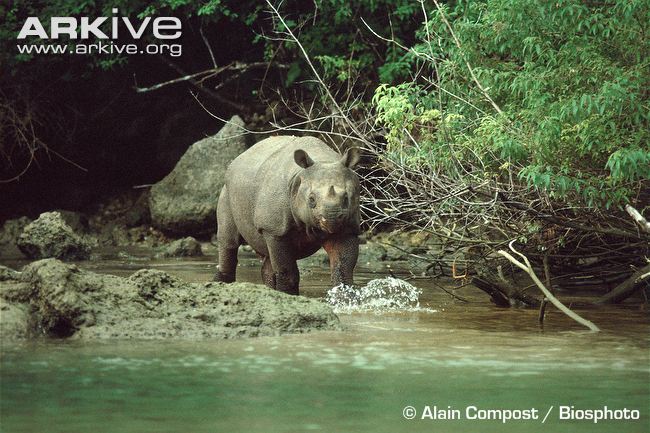 I was with my friend and colleague from WWF Indonesia, Sunarto, along with Mr. Mita from the Rhino Monitoring Unit of Ujung Kulon National Park. I was there to work with WWF, YABI, and the park to consolidate plans for the conservation of the rhino and identify how Global Wildlife Conservation can help these partners in their conservation efforts. The trip was highly successful—all partners agreed to a clear developing plan and gratefully accepted the technical skills that GWC has to offer.

The noise of the browsing rhino got closer and closer until it emerged from the undergrowth, heading straight for the tree in which we were precariously perched. Thankfully rhinos don’t have the best eyesight and it walked right underneath us only a meter or so below the platform we were on, heading for the wallow. Suddenly it stopped, snorted—smelling the tree we had climbed up—spun and thundered into the jungle from which it had emerged seconds earlier. 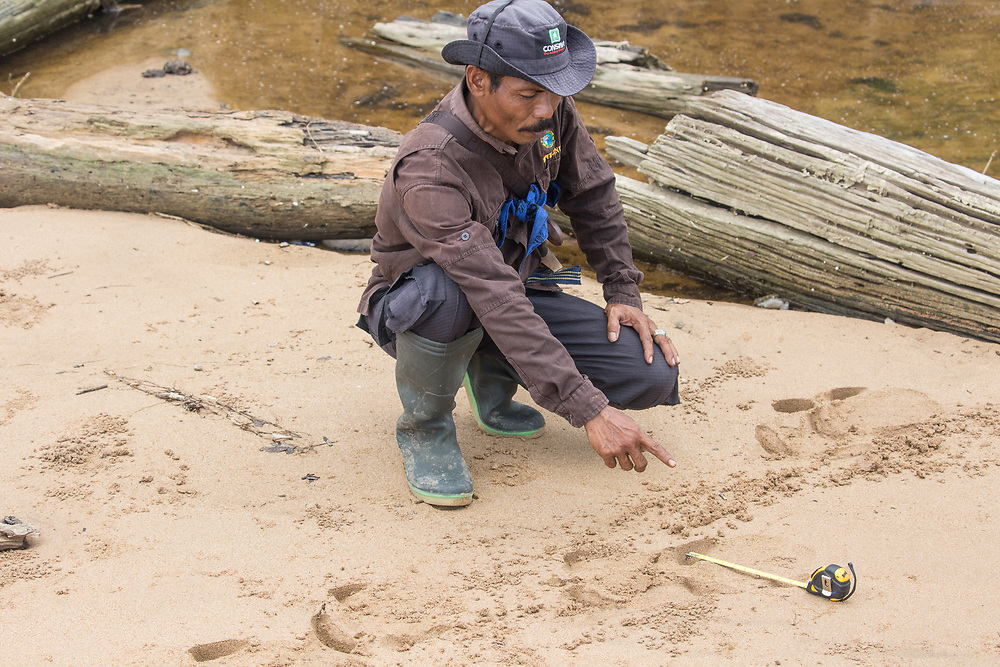 Seeing one of only 67 remaining Javan Rhinos will forever be an honor. It may have been a short sighting, but it will be etched in my memory bank until the day I die. And the privilege will help me remain driven to do all I can to not only save the Javan Rhino from extinction, but put it on a track to recovery.